Trump Receives a Letter From Kim Jong-un, Says Something Positive to Happen 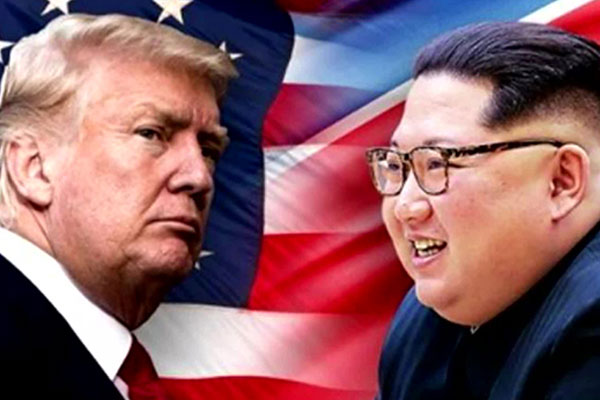 "So I see that, and I just received a beautiful letter from Kim Jong-un and I think the relationship is very well, but I appreciated the letter."

Before leaving for a campaign trip to Iowa, U.S. President Donald Trump told reporters he received the letter on Monday. Wednesday marks one year since Trump's first summit with Kim Jong-un in Singapore.

"I can't show you the letter obviously but it was a very personal, very warm, very nice letter. I appreciated it... I think North Korea has tremendous potential. And the one that feels that more than anybody is Kim Jong-un. He gets it. He totally gets it.... I think that something will happen that's going to be very positive."

Asked to clarify his plans for a third meeting with Kim, Trump did not rule out the possibility.

"Look, in the meantime, he's kept his word. There’s no nuclear testing, there’s no large, you know, long-range missiles going up. The only thing he sent up were very short-term, short-range. That was just a test of short range. It’s a whole different deal. But he's kept his word to me."

Amid media reports that Kim's half-brother, Jong-nam, traveled to Malaysia to meet with CIA agents before his assassination there in 2017, Trump noted he would not have approved of the U.S. intelligence authorities working with members of the Kim family.

The letter and Trump's response came as the two sides have failed to narrow gaps on the terms of North Korea's denuclearization following the collapse of the Hanoi summit in February.

Trump is scheduled to visit Japan and South Korea later this month.