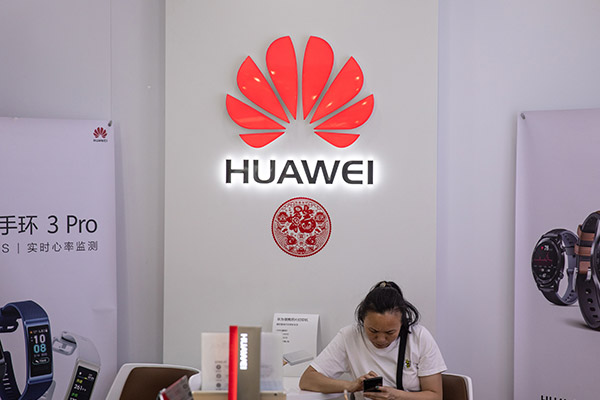 A foreign report says that Chinese IT giant Huawei has been helping build a commercial wireless network in North Korea. We’ll discuss what the report is all about and how the allegation may influence possible working-level nuclear negotiations between North Korea and the U.S. Let’s hear from Kang Jun-young, professor at the Graduate School of International and Area Studies at Hankuk University of Foreign Studies.

Citing internal documents obtained from a former Huawei employee, the Washington Post said that Huawei has helped North Korea build and maintain its commercial wireless network for eight years from 2008. According to the report, Huawei collaborated with a Chinese state-run company called Panda International Information Technology on various projects, including the provision of equipment needed to build a wireless network in North Korea. That means Huawei used the Chinese state-own firm as the conduit to provide aid to North Korea in a secret and indirect way.

The Washington Post says Huawei was involved in the provision of equipment needed to launch North Korean wireless provider Koryolink, which is a joint venture between Egypt’s Orascom Telecom and the North’s Korea Post and Telecommunications, to build the nation’s 3G mobile phone system. The Huawei internal documents revealed by the Washington Post include some records about the wireless network project in North Korea.

The documents include work orders and contracts related to the creation of a wireless network in North Korea, prompting many to accept the allegation as fact.

North Korea attempted to build the Internet, a wireless network and base stations in the early 2000s. But there was no progress due to technical limitations and various domestic problems. But starting in 2008, the project moved forward fast. Now, the wireless network has been built to provide service to about 90 percent of the population. Global tech giant Huawei is suspected of contributing to the rapid network development in North Korea.

According to a recent report by the Korea Institute for National Unification in South Korea, North Korea’s mobile network project was suspended in 2004 in the wake of a train explosion, but the project progressed rapidly from 2008 when Koryolink was set up. In just three years, the North built a national network with more than 400 base stations covering 14 major cities including Pyongyang and 86 smaller cities and counties, allowing 92 percent of the population to access the wireless network.

In a parliamentary committee session in November of last year, then-South Korean Unification Minister Cho Myoung-gyon said that the number of mobile phones in use in North Korea is estimated at around six million.

If the Washington Post’s report turns out to be true, we cannot rule out the possibility that China played a role in the remarkable growth of North Korea’s network industry.

Under harsh U.N. sanctions, North Korea is absolutely dependent on China. Although the U.S. raises its voice against any assistance to North Korea amid international sanctions, China has provided its communist ally with aid related to public livelihood in various forms. That is, Beijing still leaves the back door open. China believes that the sudden collapse of North Korea or any turmoil in the country will not serve its own national interest. Basically, China wants North Korea to maintain stability. In this respect, it would be fair to say that China has helped build North Korea’s wireless network behind the scenes and also provided economic assistance.

Of course, China complies with the U.N. Security Council resolutions calling for sanctions on North Korea. But in April of this year, the allies opened a new bridge across their border linking the North Korean city of Manpo and the Chinese city of Jian. Considering the close economic relations between Beijing and Pyongyang, it is possible that Huawei actually violated the sanctions against North Korea. The suspected link between Huawei and the North may affect trade negotiations between China and the U.S. as well as working-level nuclear talks between North Korea and the U.S.

If the allegation proves to be true, the U.S. will be in an awkward position. U.S. President Donald Trump suggested that the U.S. may ease sanctions on Huawei at his meeting with Chinese President Xi Jinping on the sidelines of the G20 summit in Osaka last month. Thirty-five American companies have already made about 50 export requests to Huawei, and Commerce Secretary Wilbur Ross has said that Washington will deal with this issue at an appropriate time.

But if Huawei is confirmed to have supplied equipment to North Korea in violation of U.N. sanctions, the U.S. will have to impose more sanctions or take other punitive measures. The alleged connection between Huawei and North Korea is, therefore, emerging as a new, negative factor that may affect future negotiations between China and the U.S. and also between North Korea and the U.S.

On Tuesday, the U.S. Justice Ministry indicted four Chinese nationals, including the head of Dandong Hongxiang Industrial Development, for violating sanctions on North Korea. The measure indicates that the U.S. is stepping up pressure on both North Korea and China.

However, President Trump is displaying a different attitude. When asked about the Washington Post’s report about the secret connection between Huawei and North Korea, Trump on Monday said he will find out more information while stressing the positive aspects of the North Korea-U.S. relationship.

While struggling to deal with complicated issues related to Venezuela or Iran, Trump probably wants to tout the stable management of North Korea-U.S. relations as his diplomatic achievement. For that reason, I imagine he will try hard to separate North Korea-related issues from other concerns. I guess both the U.S. and China will brush off the Washington Post report. But Pyongyang is likely to continue to demonstrate that China is behind North Korea, highlighting their joint response to regional issues. North Korea is expected to make efforts to create new momentum to jump-start negotiations, while still placing strong pressure on the U.S.

The working-level North Korea-U.S. nuclear negotiations that had been agreed upon by their leaders have yet to take place. Trump probably thinks that it won’t be easy to find a solution to the North Korean nuclear issue if he also has to deal with Huawei.

Meanwhile, North Korea’s state-run Korean Central News Agency reported on Tuesday that leader Kim Jong-un inspected a newly built submarine. North Korea has already taken issue with the South Korea-U.S. combined military exercise scheduled for next month, and it seems the North Korean leader has highlighted his stance even further with the inspection. The alleged relationship between Huawei and North Korea has made the already difficult denuclearization talks even more complicated. Washington and Pyongyang are expected to engage in a more intense diplomatic war down the road.