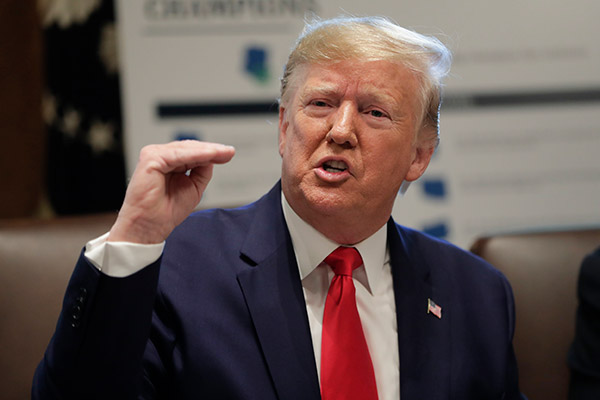 U.S. President Donald Trump said that there is some very interesting information on North Korea and that a lot of things are going on. He also mentioned “a major rebuild” of the North at some point. These remarks are Trump’s first comments on North Korea after Pyongyang and Washington held working-level denuclearization talks in Stockholm on October 5th. Here is Shin Beom-chul, director of the Center for Security and Unification at the Asan Institute for Policy Studies, to explain the implications of Trump’s comments.

I imagine Trump is thinking a lot about North Korea-related issues. He actually remained silent when North Korea test-fired a submarine-launched ballistic missile before its working-level nuclear talks with the U.S. earlier this month. His silence continued even after the negotiations broke down, indicating that he was still pinning hopes for dialogue with North Korea.

Through his recent comments on North Korea, he delivered a positive and hopeful message to the North. Apparently, the word “rebuild” indicates that the U.S. will help the North rebuild its economy and increase investment in the communist state if and when denuclearization talks proceed well. I think Trump is still hopeful about the negotiations. Although the Stockholm talks failed to produce any tangible result, Trump believes that the U.S. can still keep dialogue momentum alive and produce a successful outcome at the negotiations.

Trump’s recent comments on North Korea came after Kim Jong-un made a politically symbolic visit to Mt. Baekdu. The American president seems to be sending a message to Kim that they could find a breakthrough once again through top-down diplomacy. Now, attention is being drawn to the phrase, “a major rebuild.”

I think the expression, “a major rebuild,” means that the U.S. will actively assist North Korea in rebuilding its economy if the North implements necessary denuclearization measures. Some analysts interpret the phrase in a different way, but I think the U.S. has expressed its willingness to make a massive investment in North Korea if Pyongyang achieves complete denuclearization.

Trump did not specify exactly what “a major rebuild” was about. But given the remarks, “a lot of things are going on,” it appears that North Korea and the U.S. are engaging in behind-the-scenes contact.   In addition, the phrase “a major rebuild” can be understood as economic compensation from Washington in exchange for action on denuclearization.

Aside from this conciliatory message, Trump has also mentioned the possibility of war—a rare occasion after his engagement with North Korea gained traction. He claimed that if somebody else had become president, a big war with North Korea would have broken out. Even though he brought up the word “war” while touting his diplomatic achievements, it could be interpreted as a warning to Pyongyang. Meanwhile, the North has strongly denounced the international sanctions placed on their country.

North Korea continues to say that its position will never change and that the U.S. should make concessions. If Washington refuses to do so, Pyongyang says it will go its own way in pursuit of self-reliance. North Korea has placed a significant emphasis on the importance of “self-reliance” lately. During his policy speech at the Supreme People’s Assembly on April 12th, Kim Jong-un said that he would wait for the U.S. to present a new calculation until the end of the year. As the deadline approaches, Pyongyang is getting tougher on Washington in a strategic move to draw concessions from the U.S.

North Korea’s media outlets have frequently reported on the issue of international sanctions lately, urging not only the U.S. but also South Korea to come up with a new calculation method. Last Sunday, North Korea’s official newspaper the Rodong Sinmun mentioned the date November of 2017, when Pyongyang claimed that it had completed the development of its nuclear arsenal, after test-firing an intercontinental ballistic missile.

Kim Jong-un, meanwhile, visited Mt. Geumgang on the east coast and lashed out at the inter-Korean tour program that the two Koreas had jointly carried out at the scenic North Korean mountain.

Kim severely criticized the wrong policy of depending on South Korea for the tour project and stressed the need to build new modern facilities at the mountain resort independently. In other words, Kim is urging his officials to build and operate new facilities in their own way, in light of self-reliance.

With the move, I think the North Korean leader sent a message to both South Korea and the U.S. He was accompanied by First Vice Foreign Minister Choe Son-hui(최선희) and director of the United Front Department Jang Kum-chol(장금철). Both are unlikely officials to accompany the leader to a construction site. By inspecting the mountain resort with the two officials, Kim is pressuring South Korea to persuade the U.S. to ease sanctions on Pyongyang so that the two Koreas can resume cross-border economic projects such as the Mt. Geumgang tour program and the Gaeseong Industrial Park project.

Kim Jong-un defined the Mt. Geumgang tour program as a wrong project and ordered the demolition of facilities built by South Korea. The drastic move reflects his strong determination to seek self-reliance.

At the same time, he seems to be attempting to break the deadlock in North Korea-U.S. negotiations by shaking inter-Korean relations, as cross-border economic projects have been cited as a means of encouraging North Korea to move forward with its denuclearization.

Since the North has sent a strong message to both the U.S. and South Korea, there are concerns over a protracted stalemate in Pyongyang-Washington nuclear negotiations.

We’ll have to wait and see until the year’s end to see what will happen. I don’t think Trump has made a final decision on North Korea yet, while the North could make an about-face abruptly, despite its harsh rhetoric. So, we should still leave open the possibility of a compromise between the North and the U.S. The compromise, in any form, will certainly affect security conditions on the Korean Peninsula. As a directly involved country, South Korea should voice its opinion about denuclearization and closely cooperate with the U.S. on this issue.

North Korea-U.S. negotiations have been at a standstill since their Stockholm talks ended without a deal. Washington is now sending both conciliatory and warning messages to Pyongyang. With the nuclear talks showing no clear signs of progress, it remains to be seen how the prolonged war of nerves between the two sides will unfold. 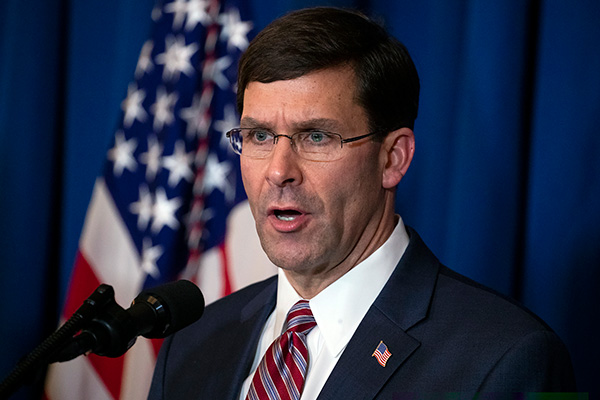