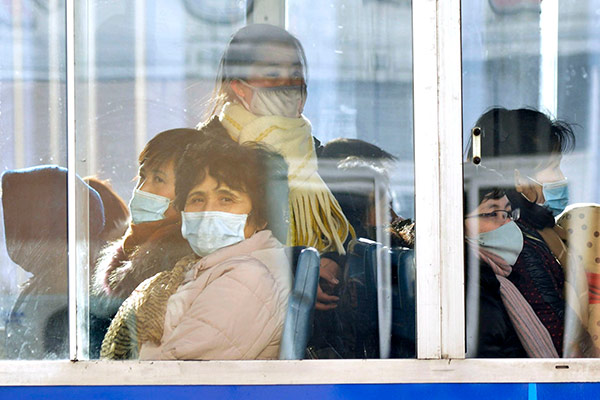 North Korea enforced a complete shutdown of its border with China to block the COVID-19 virus. Although North Korea is making an all-out effort to prevent the virus from spreading, the country is expected to experience severe economic difficulties as it has also been under strong international sanctions.

Foreign reports show that the suspension of exchanges with China has resulted in a drastic increase in prices of daily necessities in North Korea. The nation imports flour, sugar and cooking oil entirely from China. The shortage of these three key daily items will inevitably make public livelihoods even more difficult. Here’s political commentator Choi Young-il to explain a possible economic crisis in North Korea.

North Korea’s medical infrastructure is very poor. It is well known that many infants and pregnant women in the North are undernourished. To make matters worse, it had to close its border with China to prevent the COVID-19 virus from entering the country, despite its heavy dependence on China for trade. As the virus is unlikely to be contained anytime soon, the already tattered North Korean economy is expected to suffer greatly.

At a major party meeting late last year, North Korea pledged to make what it calls a “frontal breakthrough” to build a self-reliant economy. But it has run into a completely unforeseen risk, namely, the COVID-19 virus. For leader Kim Jong-un, it is a crucial test bed for determining the success or failure of his state administration this year and for demonstrating his leadership in risk management. He has to fulfill two important goals at once—pursuing self-reliance and overcoming sanctions.

In reality, however, North Korea is caught between a rock and a hard place. To build a self-reliant economy, the nation needs to mobilize labor as much as possible. But it has to control the movement of people to block the outbreak of the virus. Also, it cannot suspend exchanges with China forever, considering its economic situation. And it can’t continue to turn a blind eye to inter-Korean relations, either.

This year, Kim Jong-un has an important mission to produce some economic results and give benefits to his people. But I doubt it is possible. While the North Korean economy is going downhill, smuggling with China has now become almost impossible due to the virus. Regarding official trade, North Korea is subject to harsh sanctions imposed by the U.N. and the U.S.

For the isolated regime, it seems economic cooperation with South Korea is the only way to keep its economy going.

As if on cue, South Korea has consistently sent a signal that the two sides should resume cross-border economic projects, including individual tours to Mt. Geumgang in the North. Group tours to North Korea or the resumption of the Gaeseong Industrial Park project might be difficult. But individual tours to Mt. Geumgang, Pyongyang or Gaeseong could be allowed. The difficulties stemming from the virus outbreak may induce Pyongyang to grab the hand extended by Seoul. The question is when.

Meanwhile, the U.S. State Department has expressed its willingness to help out North Korea. On February 13th, the department said it was deeply concerned about the vulnerability of the North Korean people to the virus and it would facilitate the approval of assistance from international aid and health organizations to contain the spread of the highly contagious virus in North Korea. The unexpected announcement came after the International Red Cross asked the U.N. to grant temporary sanctions exemptions to North Korea for anti-virus efforts. On February 18th, the State Department also urged North Korea to return to negotiations.

Trump has said that he is not interested in North Korea-U.S. dialogue until the presidential election. But now, Washington is sending out conciliatory gestures toward Pyongyang. Mr. Choi explains why.

North Korea threatened to send a “Christmas gift” to the U.S. last year, and analysts were anxious about the North’s possible provocations. Fortunately, North Korea has refrained from any provocation so far. But as soon as the North gives up its hope for the U.S., I imagine it will go ahead with a high-intensity nuclear test and spur the intercontinental ballistic missile or ICBM development. Ahead of the presidential election, this will be bad news for Trump, who believes that he has kept North Korea under control. So, the Trump administration needs to manage the situation in a proper way and perhaps finds it necessary to deliver some conciliatory message to North Korea. It may propose accepting some of Pyongyang’s demands step by step.

We’ll have to wait and see if there will be some kind of breakthrough so the negotiations could take a step forward from the failed summit in Hanoi.

Analysts predict that the U.S. may ease sanctions against North Korea, though only temporarily, to discourage the North from launching high-intensity provocations and to prompt North Korea to make contact with the U.S.

The key is how long the virus situation will be drawn out. If the virus is not contained until March or April—the rice-planting season in North Korea, the nation may resort to armed provocations in an attempt to divert rising public discontent to the outside. North Korea has remained calm this year, but many experts believe that the nation is taking a breather, with the U.S. in mind. Some say that North Korea may resume provocations before the U.S. presidential election to keep the U.S. in check.

The North Korean economy has reached its limits. North Korea has endured the stalemate in nuclear negotiations with the U.S., but it has gained nothing. On the contrary, Trump is unlikely to show interest in North Korea-related issues until the presidential election. This is a very frustrating situation for the North. There are only two options available for now—dialogue or provocations. This year, the country may use its traditional strategy of drawing attention from the U.S. through provocations. Of course, the armed provocations are not for military confrontation with the U.S.  Rather, they can be understood as a strategy to find a breakthrough in negotiations aimed at overcoming its economic limits.

Since the beginning of the year, South Korean President Moon Jae-in has repeatedly said that his government will accelerate efforts to push for nuclear negotiations between North Korea and the U.S. and to move inter-Korean relations forward. As North Korea has shut the door on the outside world, however, the Seoul government’s peace initiative may lose traction for the time being. Moon initially sought to facilitate another summit between North Korea and the U.S. through Chinese President Xi Jinping’s visit to South Korea in March.

But Xi is now focusing efforts on halting the spread of the COVID-19 virus in his country, so he may visit South Korea in June, at the earliest.

Also, the possibility of North Korea-U.S. dialogue remains low, as the U.S. has entered the presidential election race mode.

But a crisis may provide an opportunity. While North Korea is in economic difficulties, there must be something that the South Korean government can do.

Fears of the virus forced North Korea to shut its border with China, on which it relies heavily, while its relations with the U.S. have been deadlocked. So, the North may change its strategy and turn its eyes to economic exchanges with South Korea, which it has not interested in so far. The Seoul government should keep an eye on any dialogue gesture made by Pyongyang and use it as an opportunity to break the impasse in their ties.

North Korea faces an economic crisis due to the virus. It is speculated that the North may open its door to inter-Korean economic cooperation that has been proposed consistently by President Moon. In this grave situation, the South Korean government should hopefully find momentum for improving relations with North Korea.