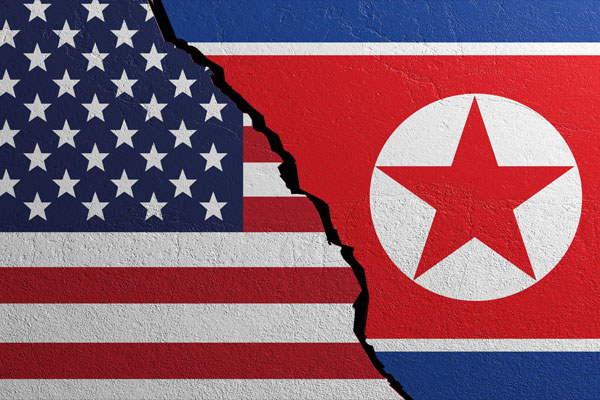 North Korean leader Kim Jong-un convened a politburo meeting on November 29. Also attended by his sister and First Vice Department Director Kim Yo-jong, the meeting did not issue any message related to foreign affairs. In fact, North Korea has not made any response to the U.S. presidential election, which ended a month ago. Apparently, the North concentrates more on domestic affairs, including the upcoming party congress and an 80-day battle aimed at boosting production, regardless of the result of the election in the U.S.

To prepare for the eighth congress of the Workers’ Party scheduled for January next year, North Korea is unlikely to turn its eyes to foreign affairs for the time being. Here’s Dr. Oh Gyeong-seob from the Korea Institute for National Unification with more.

North Korea has not released any message toward the outside world lately, probably because it is preparing for its future negotiations with the U.S. based on the thorough analysis of the incoming Biden government’s North Korea policy. During a meeting of the parliamentary intelligence committee on November 27, South Korea’s National Intelligence Service reportedly said that North Korea had recently ordered its overseas missions not to provoke the U.S.

U.S. President-elect Joe Biden has not announced his official stance toward North Korea. In this situation, Pyongyang doesn’t really need to deliver a message to the U.S.  I think that’s why North Korea refrains from any message about its foreign policy but focuses more on strengthening internal solidarity. Only after the Biden government is inaugurated and announces its specific message about North Korea, will the North make a response.

North Korea held an extended meeting of its ruling Workers’ Party Political Bureau on November 29. The politburo meeting chaired by leader Kim Jong-un is the nation’s highest decision-making body, as long as there is no party congress or a conference of party representatives. There have been a total of 31 politburo meetings under the current leader’s rule. Among them, 11 took place this year alone, reflecting that the regime focuses on domestic affairs.

The latest meeting came two weeks after a similar conference in mid-November. Key topics of the meeting included preparations for the prospective party congress and ideological education. It is notable that leader Kim Jong-un pointed out economic problems overall and severely criticized relevant agencies.

Kim condemned economic guidance organs for failing to overcome subjectivism and formalism in their work. It seems the leader blamed the agencies for not being able to revise economic goals properly in consideration of sanctions. He also criticized them for failing to carry out economic policies on a scientific basis and lacking dedication and responsibility.

North Korea suffers from a triple whammy of hardships of the border closure on COVID-19, international sanctions and devastating flood damage. In this difficult situation, the leader seems to be shifting the responsibility for economic failure to those agencies.

According to South Korea’s National Intelligence Service, Kim Jong-un executed an influential currency trader in Pyongyang in late October for a sharp exchange rate fluctuation. It is also said that a North Korean official was executed in August for bringing prohibited goods in violation of tightened border regulations aimed at preventing the spread of COVID-19.

According to Asia Press, which is a Japanese news outlet specializing in North Korean affairs, the North Korean currency to the U.S. dollar and the Chinese yuan exchange rates have fallen drastically as of late.

The North Korean won has appreciated against the dollar radically. According to the spy agency in South Korea, a sharp decline in commodity imports from China in the wake of the COVID-19 outbreak has caused prices of sugar and other foodstuff to skyrocket in North Korea. North Korean authorities raised the value of the local currency in an effort to curb inflation. They also banned the use of foreign currencies. The move prompted complaints from dollar holders and plunged the market into turmoil. It seems the North turned growing criticism toward the currency trader and executed him to appease public displeasure.

During the recent politburo meeting, North Korea also pointed out that the ongoing 80-day battle has made little progress. The country spurs the labor campaign, which will last through the end of this year, with an aim to overcome economic difficulties and strengthen internal unity. Having started in October, the nationwide campaign is designed to produce some economic results before the party congress in January.

North Korea initiated the 80-day battle at the 19th politburo meeting of the seventh Central Committee of the Workers’ Party on October 5. The purpose was to mobilize labor in a last-minute effort to fulfill the goal of the five-year economic development plan as much as possible in the remainder of the year before the eighth party congress in January. The regime is in a desperate need to do so, all the more because the leader admitted to the failure of the economic plan. North Korea seeks to use the mass mobilization campaign to allay public discontent over economic difficulties and to consolidate unity among the people.

The North Korean media have highlighted various results from the 80-day battle day after day. On November 19, the Rodong Sinmun, the official newspaper of the ruling party, listed achievements made by various party organizations in different regions. The paper repeatedly praised recovery efforts in areas hit by flooding during the 80-day battle period and stressed the role of officials in the campaign. This is seen as the regime’s propaganda efforts to encourage the campaign as much as possible until the year’s end. But is this labor campaign effective?

Trade between North Korea and China from January to October this year remains only 25 percent of the amount during the same period of last year. While North Korea is bent upon the 80-day battle, it actually lacks raw materials and funds to produce something.

The Rodong Sinmun newspaper says that the railway transportation area as well as power plants, mines and factories including the Kim Chaek Iron and Steel Complex have fulfilled goals to produce outcomes. But it does not specify exactly what those kinds of goals or outcomes are. I guess the effect of the campaign designed to boost productivity is actually insignificant.

Some analysts say that the period from late this year to next January is important for relations between South and North Korea. Depending on the Seoul government’s North Korea policy in the power transition period in the U.S., South Korea may influence inter-Korean ties, relations between North Korea and the U.S. and regional diplomacy in a different way. South Korean Unification Minister Lee In-young has also underlined this important period, saying that the Korean Peninsula will face a major turning point after the U.S. presidential election.

This is an important period, indeed, as both Seoul and Pyongyang have to prepare for Biden’s foreign affairs and security policy. With South-North relations nearly deadlocked, the Seoul government needs to carefully analyze Biden’s North Korea policy and Pyongyang’s potential response. It will have to devise its own plan and role, while watching how North Korea-U.S. relations may evolve. At present, South Korea should try to contact the incoming Biden government and prepare for various possible scenarios.

North Korea remains rather quiet, focusing on its own internal problems. It will first formulate tactics to be used at negotiations with the Biden government and set the policy direction at the party congress in January before taking any meaningful action.

Next year, the competition between the U.S. and China will likely continue and a change is anticipated in South Korea-U.S. relations. We hope North Korea will show a sincere attitude toward negotiations with the Biden government and actively engage in cross-border exchanges with South Korea as well. 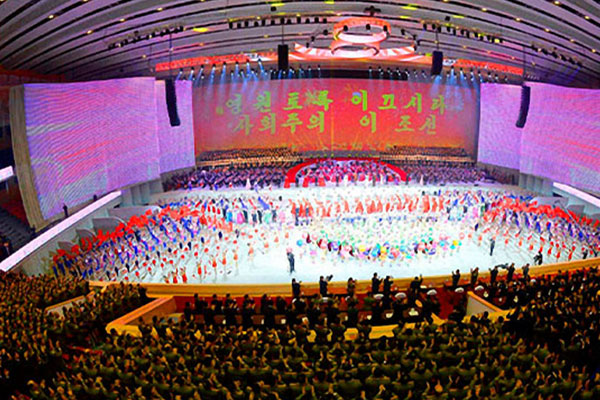