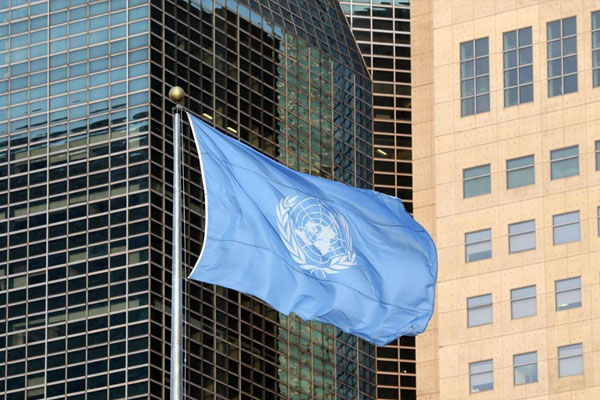 The 46th session of the U.N. Human Rights Council started on February 22. On the first day of the session, foreign ministers from some 30 countries discussed the human rights situations around the world, including North Korea.

German Foreign Minister Heiko Maas said that it would be necessary to speak up against severe violations of civil liberties in places like North Korea, while South Korea’s Second Vice Foreign Minister Choi Jong-moon stressed Seoul’s profound interest in the human rights situation in North Korea. In fact, the U.N. Human Rights Council has shown deep interest in the North Korean human rights issue for a long time. Here’s Oh Gyeong-seob from the Korea Institute for National Unification to explain.

During the latest council session, the return of the U.S. to the global human rights body drew special attention. The U.S. was elected to Council membership in 2009 during former president Barrack Obama’s time in office. The U.S. co-sponsored a North Korean human rights resolution from 2010 to 2018. But the former Trump administration withdrew from the council in June 2018 and did not raise this issue in the process of nuclear negotiations with North Korea. Under the Biden government now, the U.S. has decided to rejoin the council, calling for the international community to resolve the North Korean human rights issue.

The international criticism of North Korea’s human rights abuses is drawing a strong backlash from Pyongyang, as expected.

On March 1, North Korea’s Foreign Ministry made a post on its website, claiming that the country has never infringed upon human rights and that the people are the master of society and the state. The North accused the international community of bringing up the North’s human rights issue, calling the move interference in domestic politics and a political ploy to overthrow the regime.

But the Foreign Ministry’s criticism is not aimed at the U.S.  The human rights issue is a thorn in the side of the North Korean regime because it will affect the denuclearization talks negatively. That’s why the North stopped short of directly mentioning the U.S.

The EU submitted a draft resolution denouncing North Korea’s human rights abuses to the U.N. Human Rights Council on March 11.  43 member states, including the U.S., Japan, the U.K. and Australia, are on the list of co-sponsors.

The draft resolution contains the same content that has been shown repeatedly in previous ones, reflecting that the situation in North Korea has not improved. The draft resolution calls for North Korea to implement the previous human rights resolutions adopted by the U.N., pointing out the problem that violators have not been punished. It stresses that all countries related to North Korea should exercise influence on the North. This is to prompt the country to stop violating human rights, shut down concentration camps and carry out reform measures internally. Notably, it urges North Korea to refrain from using fatal or excessive force against local residents in border regions or other areas on the pretext of dealing with the COVID-19 pandemic. It also calls for North Korea to allow staff of international organizations to work inside the country so that the international community can provide aid properly.

The resolution is expected to be adopted on March 23 in the form of an agreement. The council has adopted a North Korean human rights resolution for the 18th straight year. Since 2016, it has passed the resolution by consensus without a vote.

Basically, almost all countries recognize the grim human rights situation in North Korea. Therefore, the council passes the resolution simply by consensus, unless there is a request by any member country for a vote. Even China, Russia, Venezuela and Cuba do not request a vote, indicating that the international community acknowledges the dire human rights situation in the North. That means international pressure on North Korea will likely intensify. The U.N. is expected to make even greater efforts to hold North Korean leader Kim Jong-un accountable for human rights abuses in the country, regarding him as the main culprit of the violations.

The U.S. is likely to continue to bring up the North Korean human rights issue on the global diplomatic arena, as many high officials in the Biden administration.

This includes Tony Blinken, who had worked under the Obama government that was critical of this issue. North Korea is also expected to strongly resist the move through its Foreign Ministry or propaganda outlets. Analysts say that North Korea and the U.S. have begun a war of nerves over the human rights issue.

In cooperation with North Korea and the U.S., South Korea needs to resolve the challenging issues of denuclearization and regional peace. For South Korea, a flexible approach seems to be more necessary than ever before.