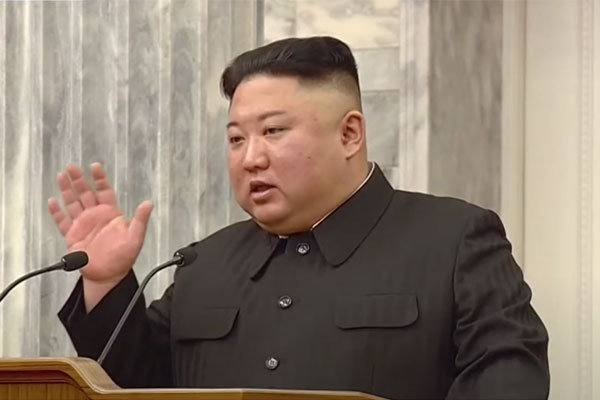 North Korea convened a plenary meeting of the Central Committee of the Workers’ Party on Monday to discuss specific goals of the new five-year economic development plan that was introduced at the party congress in January. Leader Kim Jong-un specified goals that should be achieved by each economic sector this year, including investment in the country’s metal and chemical industries and the increase in production of chemical fertilizer and steel products. It seems North Korea is exercising tight control over the implementation of the new economic plan.

Here is Dr. Oh Gyeong-seob from the Korea Institute for National Unification to explain.

It appears leader Kim Jong-un is determined to examine the entire process of setting production targets and mapping out relevant plans in each department of the Cabinet. That’s the purpose of the plenary meeting of the party’s Central Committee. North Korea has been calling for increasing production to fulfill the goal of economic development, which will have a direct impact on people’s lives. To ensure the stability of the Kim Jong-un regime, the country puts emphasis on an improvement in public livelihoods through economic growth.

At the plenary meeting early this week, Kim pointed out some problems in the process of establishing economic goals. According to the North’s official Korean Central News Agency on Tuesday, the North Korean leader severely criticized state economic guidance organs for their passive and self-protecting tendencies in setting this year’s goals. The news agency also reported that officials at the meeting blamed themselves for their failure in upholding the spirit of the party congress properly and living up to the high expectations of the party and the people, starting from the first year of the five-year economic plan.

In fact, the plenary meeting took place less than a month after the party congress. Given that, some analysts say that it is rather premature to criticize officials for their inadequate preparations for the new economic plan.

In North Korea, the Cabinet and state-run enterprises alike have great difficulty in procuring raw materials, securing the budget and introducing advanced technology. This is due to international sanctions and the COVID-19 pandemic that have crippled trade with China. It is easy to imagine that economic organizations try to set their sights low. If they aim too high in this difficult situation, they may not be able to achieve their goals and they should take responsibility for that. I think Kim Jong-un pointed this out.

But the leader is examining the production goals only a month after the economic plan was announced at the party congress, reflecting that he takes the current economic situation pretty seriously. This shows his commitment to, and the urgency for, an economic recovery.

After Kim Jong-un came to power, North Korea adopted some elements of a market economy, recognized private property in part and provided incentives to those who outperformed their initial goals. Under a new system known as “the Socialist Corporate Responsible Management System,” for example, enterprises were given greater autonomy in their management such as production, sales and investment, and they were allowed to enjoy incentives in accordance with their performance. But there were some side effects as well.

On May 30, 2014, North Korea announced the “Economic Management in Our Own Style” as a new method for economic growth. The key was the introduction of the Socialist Corporate Responsible Management System. It allowed enterprises to make their own business decisions without being provided with production materials by the state. Companies were encouraged to increase production because more production meant more incentives for them. While companies became richer, the state only collected a fixed amount of tax. The state was therefore tempted to control the profit earned by the companies.

For this reason, North Korea has stressed the need for centralized authority over the economy, a departure from a hands-off approach. On January 29, the Rodong Sinmun newspaper said in an editorial that the socialist economy can display its huge potential only under unified leadership. In line with the move to tighten state control over the economy, North Korea has created a new office dedicated solely to economic policies within the Workers’ Party so that the party can directly oversee economic affairs.

During the party congress in January, leader Kim Jong-un admitted to a poor outcome of the nation’s economy policy over the last five years and instructed the Cabinet to play the role of the “economic command” of the country.

North Korea has set up a new office in charge of the party’s economic policies and let the head of the office, Jon Hyun-chol, hold the position of vice-premier of the Cabinet as well. It is unprecedented that a director of a particular party office assumes the role of vice premier at the same time. At the party congress, Kim Jong-un said several times that he would strengthen the Cabinet-centered, Cabinet-responsibility system. The leader will likely give instructions to economic officials at the Cabinet through Jon.

North Korea is very keen to revive the economy, but many analysts predict that the country will find it challenging to achieve that goal. That’s because it is difficult to find a breakthrough in its economic activities unless sanctions against North Korea are eased in line with progress in its denuclearization. Pyongyang has yet to show its commitment to denuclearization, and the international community is unlikely to lift sanctions on the North. Also, the U.S. could take an even more hard-line stance on the issue of lifting sanctions on North Korea at future nuclear negotiations.

On January 31, U.S. Secretary of State Tony Blinken told NBC News that the U.S. was examining its North Korea policy and mentioned additional sanctions and diplomatic incentives. Even if the Biden government engages in negotiations with North Korea, it may strengthen sanctions against the North unless North Korea clearly shows its commitment to denuclearization. Stronger sanctions on the North will make the already struggling local economy even more difficult. The new development plan that was presented by the North Korean leader at the party congress may also end up in failure.

Therefore, what North Korea should do now is to signal a willingness for denuclearization, get sanctions eased through sincere dialogue with the U.S., and develop the domestic economy based on economic aid from the international community, including the U.S. and South Korea.

While the Biden government in the U.S. has said that it will review the North Korea policy overall and even mentioned additional sanctions, South Korea’s new Foreign Minister Chung Eui-yong has stressed once again that the Seoul government will make diplomatic efforts toward the early resumption of North Korea-U.S. dialogue.

As the South Korean government is working hard to resolve the North Korean nuclear issue, Pyongyang must realize that it should get sanctions lifted first for the sake of its economic development and sincerely work toward the solution of the nuclear issue.