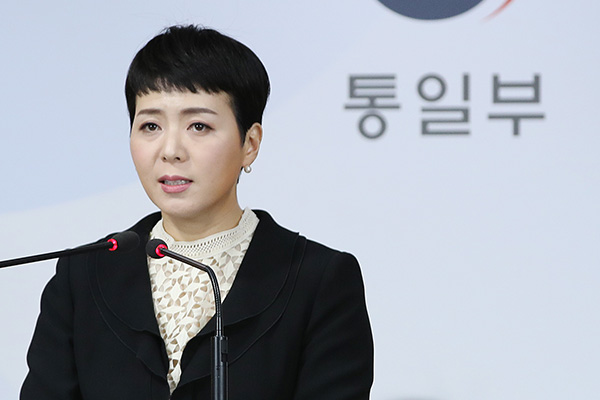 In an effort to jumpstart stalled denuclearization talks, the South Korean government says it will pursue a plan to provide food aid to North Korea. Recent reports by the UN’s Food and Agricultural Organization(FAO) and World Food Program(WFP) underscore the severity of the situation in the North and align with Seoul’s position. Cho Bong-hyun, an analyst at the IBK institute, explains more.

The current food shortage in the North is the worst in the past 10 years. The situation was considered more or less good until just last year or perhaps the year before, but natural disasters and economic sanctions led to the country’s food crop production plunging to just 4.9 million tons, the lowest since 2009. As a result, North Korea’s food deficit is estimated at 1.36 million tons, with about 10 million people, or some 40% of the country’s population, suffering from food shortages.

Natural disasters, such as continued drought and floods caused grain production to drop, while tightened sanctions blocked the North from importing production-related materials or farming equipment. The latter is attributed to further reducing production and causing the food situation to worsen.

Starting in March, the FAO and WFP inspected North Korea’s food situation for 15 days. The organizations conducted joint field inspections at 12 counties in 6 provinces, and estimated that 40 percent of the population are ‘food insecure’ and are in urgent need of assistance. Since the start of his rule, North Korean leader Kim Jong-un had emphasized agricultural productivity as a priority task. He often visited agricultural facilities and promoted agriculture reform policies, yet the reforms were met with the worst possible result – a complete lack of food.

Since the beginning of the Kim Jong-un regime, North Korea has passed two economic measures in 2012 and 2014 respectively, starting with policies on agriculture. The production system was overhauled to reduce the number of teams working on the state-run cooperative farms, or to be more family-unit centered. Analyses show that the change resulted in grain production increases of about 20-30% in the short run. However, there’s a limit to domestic production expansion. Basically, in order to improve the food situation in the North, the entire agricultural system must be reformed first. After that, imports of materials and equipment related to food production must run smoothly in order to boost the country’s crop production, which is impossible with sanctions in place. That’s why the government’s reform measures showed some positive results at first, but lost ground over time.

Agriculture in North Korea is in need of fundamental reform and has critically weak social overhead capital. Meanwhile, North Korea’s repeated provocations have been met with strong sanctions by the international community. Reforms require funds and materials, but in the current situation, North Korea’s ability to improve its production capacity is very much limited. Natural disasters are adding woes to the country’s food situation, while its economy is nose diving as well.

North Korea’s economy saw initial growth with the Kim Jong-un regime, but things began to change in 2017. North Korea is looking for solutions to various problems internally with economic reforms, but with the sanctions in place, the country’s economic problems cannot be solved. The country has been making efforts to get through the economic difficulties by emphasizing self-reliance and independent rehabilitation, but it appears impossible that the country would be able fundamentally solve its problems on its own.

In other words, it seems that the North’s economic woes will only be solved if sanctions are eased and cooperation with others, such as China, is expanded. With exports blocked and imports stymied, North Korean industries’ production power is reduced. It seems that the aggregate of all of such problems is the reason behind the country’s still-difficult economic situation.

Austrian research agency World Data Lab recently released the results of its analysis of nighttime satellite photographs of North Korea. Using the illumination of cities at night as an index to gauge economic activity, the agency estimated North Korea’s per-capita GDP to stand at around US$1,400. If the estimate is correct, North Korea is one of the 10 poorest countries in the world.

However, assessments of North Korea’s economy show mixed results. Despite the sanctions, the construction business is thriving in Pyongyang and other urban centers, where it seems countless new buildings are being built.

Mobile phones were virtually nonexistent in North Korea just 10 years ago, but 6 million mobile phones are in use today. Because of this, some argue that while the sanctions may be severe, they are not too much for North Korean economy to endure. But these observations may not capture the whole picture.

The country’s economy as a whole is suffering. Although construction and distribution industries are indeed thriving in Pyongyang and other large cities, it would be a stretch to apply positive signs to the whole country. The county’s economy overall is in a bad state. It’s just that the government is continuously pushing for construction in some regions. In addition, the market economy in North Korea has been expanding lately, and the donju (the money holders or the ‘new rich’ in North Korea) are making investments. But it would be unreasonable to evaluate the whole country’s economy based on such phenomena.

The market economy is growing rapidly in North Korea. The problem is, polarization is becoming more pronounced and, as a result, food shortage problems are more acute for poorer individuals in the North. Although the Kim regime is calling for self-reliance and independence, the reality is that the country is incapable of overcoming the chronic food shortage problem on its own. If the South Korean government offers humanitarian aid, would the North accept? And if yes, could it help improve North Korea-US and inter-Korean relations?

With the situation on the Korean Peninsula shifting after the North Korea-US summit in Hanoi, it’s assumed that North Korea will not be able to readily accept the South Korean government’s aid offers.

Such responses have been seen in the past as well. Even when they were in need of help due to economic difficulties, North Korea’s political situation, and perhaps pride, have prevented them from accepting Southern help very easily.

At present it appears they are shunning requests for aid in favor or provocative rhetoric. But they are likely to come around. If the South Korean government offers to help with the North’s food shortage problem together with the international community, it is highly probable that the North will eventually show a more conciliatory position, even if only for the sake of Kim Jong-un’s economic aims and the conclusion of his 5-year economic development plan set to wrap up next year. Such developments may pave the way for both North Korea-US relations and inter-Korean relations to move forward.

North Korea is facing its worst food crisis in several years. It appears changes in the North Korean government’s approach to and its relations with the outside world will be imperative in order to resolve the chronic food crisis suffered by its people.