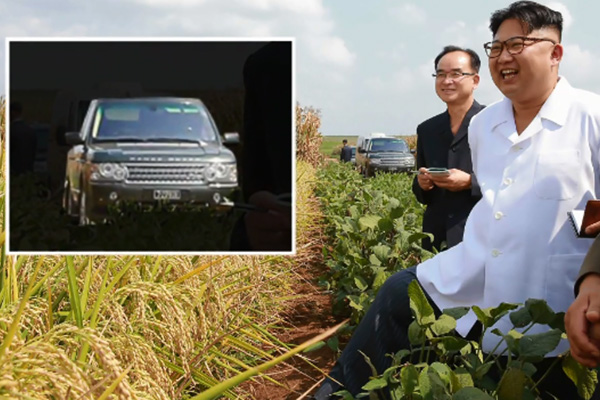 The New York Times published Tuesday the results of an investigation along with the Center for Advanced Defense Studies, a nonprofit Washington-based research group, tracing the paths of two Mercedes-Maybach S600 sedans from the Netherlands in 2018.

The report illustrates how banned luxury goods -- sourced from as many as 90 countries since 2015 -- continue to make their way to the Kim regime.

The 500-thousand dollar sedans began their voyage in the port of Rotterdam, housed inside two sealed containers

The cars traveled by ship to northeast China before being placed on a second ship bound for Japan. From there, they were put on a third vessel to Busan and later transferred to a fourth ship bound for the Russian port of Nakhodka, not far from the North Korean border.

Researchers did not say with certainty what happened to the sedans from there but speculate they may have been flown from Russia to North Korea.

The center's report says the smuggling of luxury goods into the North mirrors similar techniques the regime uses to obtain technology to develop its nuclear weapons program.

Earlier in March, the UN Security Council’s Sanctions Committee on North Korea said in an annual report that the luxury sedans Kim rode in during international summits with South Korean, Chinese and U.S. leaders were a clear violation of sanctions.