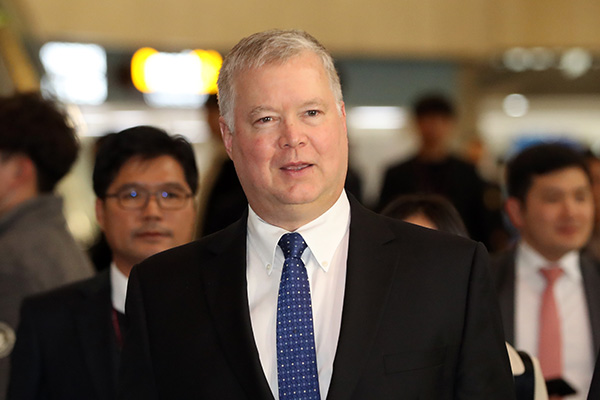 The State Department announced on Tuesday that Biegun, who has been tapped as the next deputy secretary of state, will visit Beijing Thursday and Friday to meet with Chinese officials and discuss the need to maintain international unity on North Korea.

The department had not initially mentioned the China trip when it announced this week's visits to South Korea and Japan by Biegun last Friday.

The planned visit comes after China and Russia proposed easing UN sanctions against North Korea in a draft resolution on Monday.

Observers believe Biegun will seek to persuade Beijing to maintain close cooperation with the U.S. on North Korea issues.