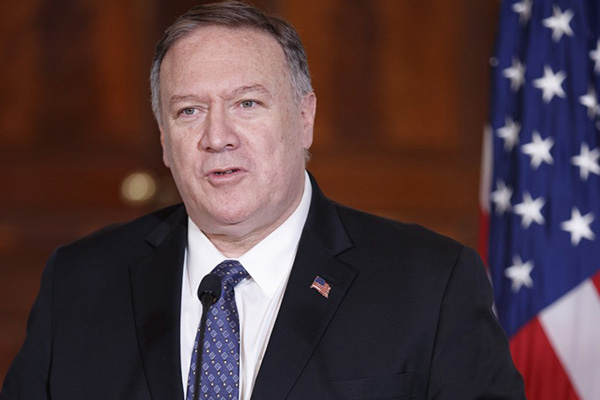 U.S. Secretary of State Mike Pompeo on Tuesday expressed concern about North Korea's recent short-range ballistic missile launches, urging the North to return to the negotiating table for nuclear talks with the U.S.

Pompeo made the remark during an interview with CBS, saying that the U.S. hopes North Korean leader Kim Jong-un will “come to the table and get a better outcome.”

The secretary also said that the two sides haven't gotten back to the table as quickly as the U.S. would have hoped, but that Washington understands “there will be bumps along the way.”

Pompeo's comments come as Washington's top envoy for denuclearization talks with North Korea, Stephen Biegun, is in Seoul to meet with South Korean officials over the denuclearization effort.

There is some speculation Biegun may make contact at the inter-Korean border with North Korean officials during his time on the peninsula, but nothing has been confirmed thus far.