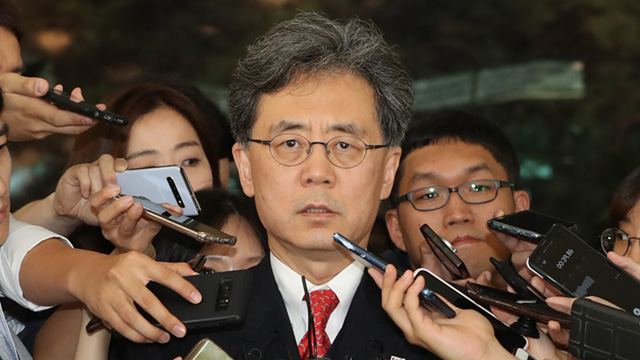 The deputy chief of South Korea's National Security Office says he is optimistic that denuclearization talks between Washington and Pyongyang will resume soon.

Kim Hyun-chong made the remark to reporters Thursday after meeting with U.S. Special Representative for North Korea Stephen Biegun in Seoul.

[Sound bite: Deputy National Security Office chief Kim Hyun-chong (Korean)]
“I cannot reveal the entire one hour of discussions but I was under an impression that the U.S.-North Korea dialogue would soon resume, and it will proceed well. Also, the South Korea and the U.S. are closely collaborating on the dialogue process, denuclearization negotiation process and everything will be shared.”

Working-level denuclearization discussions between Washington and Pyongyang were expected to resume soon after the two sides' leaders met at the inter-Korean border in June.

North Korea has spurned efforts to restart talks, however, citing joint military exercises between South Korea and the U.S., and has instead launched a series of short-range ballistic missiles and engaged in more severe rhetoric since the meeting.