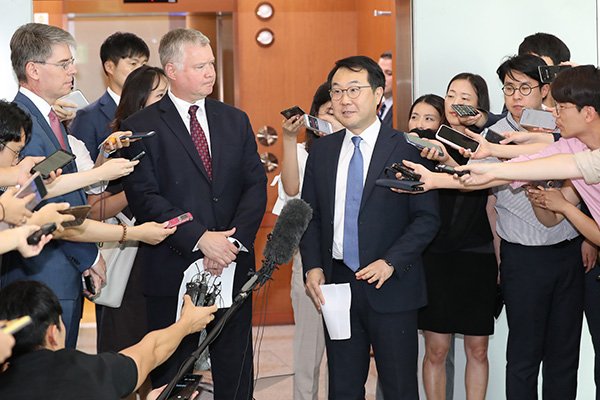 The top nuclear envoys of South Korea and the U.S. held phone talks on Monday after Pyongyang announced a willingness to resume denuclearization talks with Washington.

The ministry said the two officials discussed the recent situation on the Korean Peninsula as well as ways to achieve complete denuclearization and advance the establishment of peace on the peninsula.

It added that the two agreed to meet in the near future to continue their discussions.

North Korea's First Vice Foreign Minister Choe Son-hui announced on Monday that the North is willing to sit down with the U.S. for comprehensive discussions in late September at a time and place to be agreed upon by the two sides.