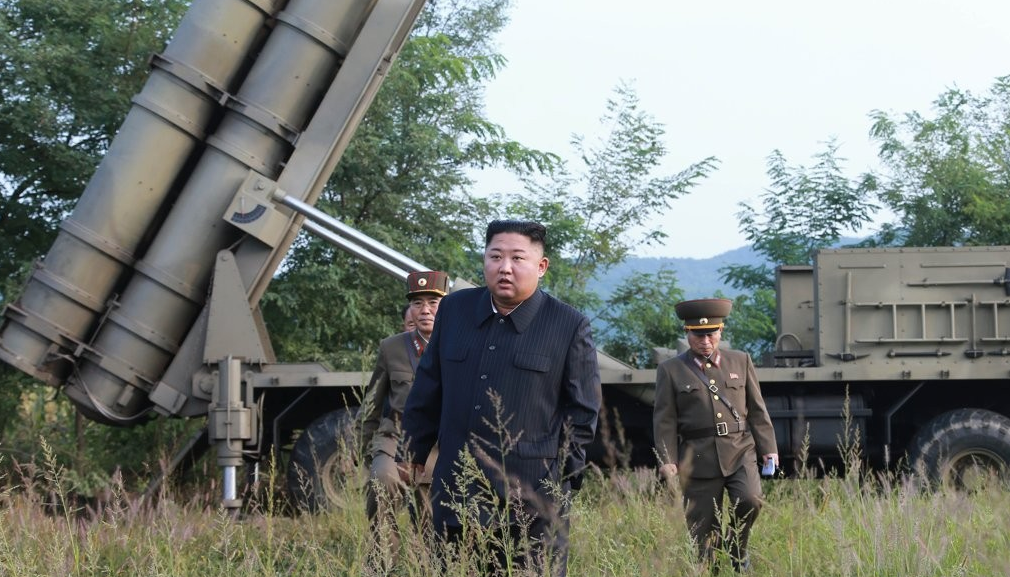 North Korea said on Wednesday that it tested a "super-large" multiple rocket launcher the previous day under the guidance of leader Kim Jong-un.

According to the Rodong Sinmum, the official newspaper of the North's ruling Workers' Party, Kim said the latest test has finally verified aspects related to the weapon’s combat operation, characteristics of trajectory, accuracy and precise homing functions.

Kim, who oversaw a previous test of the rocket launcher, reportedly added that the remaining step is to run a multiple round live-fire test, hinting that North Korea may engage in further provocations.

However, unlike a report issued after a previous test of the launcher, the state-run paper did not mention whether the latest test was successful.

On Tuesday, South Korea's Joint Chiefs of Staff said that the North fired two short-range projectiles from its western region toward the east, saying they flew a maximum of 330 kilometers.