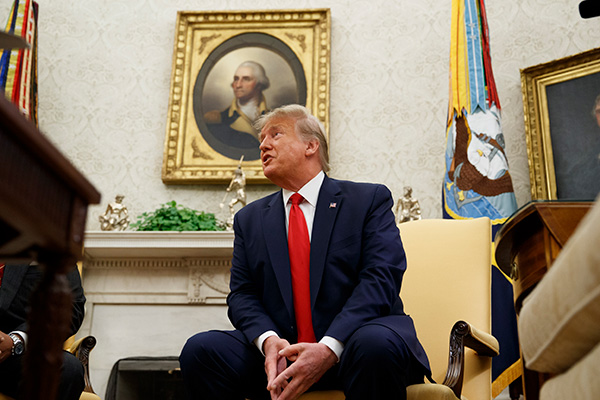 U.S. President Donald Trump said on Monday it is probably not the right time to visit Pyongyang but that he could see doing so sometime in the future.

Trump made the remarks to reporters at the White House when asked about a report that North Korean leader Kim Jong-un invited him to the North Korean capital city for what would be their third summit and fourth overall meeting.

Trump said that his relationship with Kim is very good but the time was not right for a visit to Pyongyang.

The U.S. president said that he would do it sometime "at a later future," and that depending on what happens Kim would love coming to the United States also. Trump quickly added that "I think we have a ways to go yet," however.

Trump had said last week that he expects to meet Kim again "at some point" this year.

The South Korean daily JoongAng Ilbo reported Monday that Kim invited Trump to Pyongyang in a letter sent in August.