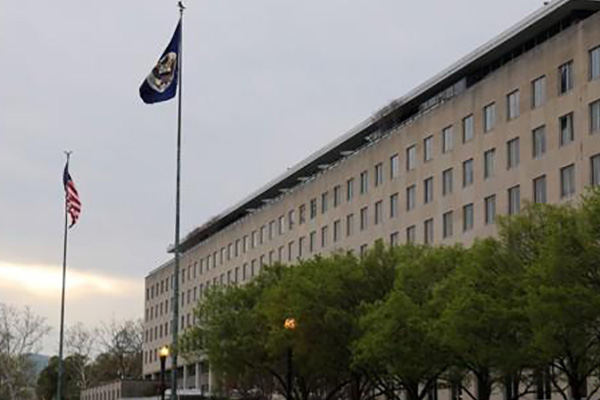 U.S. Assistant Secretary of State for Political-Military Affairs R. Clarke Cooper made the remarks in an interview with Japan’s public broadcaster NHK on Thursday.

Cooper said the North's launch of projectiles was completely inappropriate and negatively affects denuclearization dialogue with the U.S. He added that North Korea is trying to distance itself from the U.S. and other neighboring countries.

Regarding the North’s demand that sanctions imposed on the regime be eased, Cooper made clear he is opposed to the idea as sanctions are a means to pressure North Korea to come to the negotiating table.

North Korea announced on Friday that it successfully tested a “super-large” multiple rocket launcher the previous day. South Korea's military said that the two short-range projectiles were launched from a western region and flew some 370 kilometers into the East Sea.