Moon Urges US Patience on N. Korea in Meeting with Trump's Security Adviser 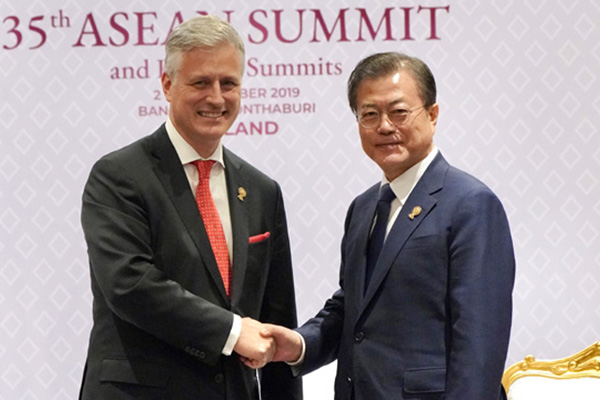 Presidential spokesperson Ko Min-jung said that Moon met with O'Brien for 35 minutes at a Thai hotel where forums hosted by the Association of Southeast Asian Nations are being held.

In the meeting, Moon noted that close cooperation between the leaders of South Korea and the U.S. has played an important role in leading progress in the bilateral alliance and advancing the Korean Peninsula peace process.

He called for continued close communication between the White House and Seoul's presidential office.

The South Korean president said it's important to consistently engage the communist nation with patience, citing his own experience in talks with North Korea, when the U.S. official sought Moon's advice on ways to advance dialogue with Pyongyang.