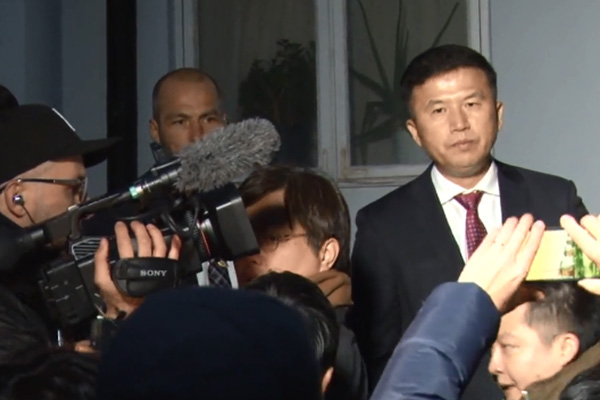 North Korea on Wednesday criticized the United States over a planned joint military drill with South Korea, warning it will not "sit idle" and watch such military activities.

In a statement carried by state-run media on Wednesday, North Korean Foreign Ministry official Kwon Jong-gun said the Pentagon announced it is proceeding with the combined air exercise only one month after its working-level talks with the North in Sweden collapsed.

Denouncing the move as a "declaration of confrontation" against North Korea, the official described the Pentagon's intentions to proceed with the exercises as "reckless military frenzy" that is "extremely provocative and dangerous."

The statement claimed that the exercise would be a violation of an agreement reached at the first summit between U.S. President Donald Trump and North Korean leader Kim Jong-un in Singapore last year, adding it would compel the North to reconsider the crucial measures it has already taken.

The statement came one day after officials in Seoul and Washington said the allies would skip their annual joint air exercise, called Vigilant Ace, and instead hold a scaled-back drill.