Top US Diplomat for East Asia Says N. Korea Should Not Set Deadlines 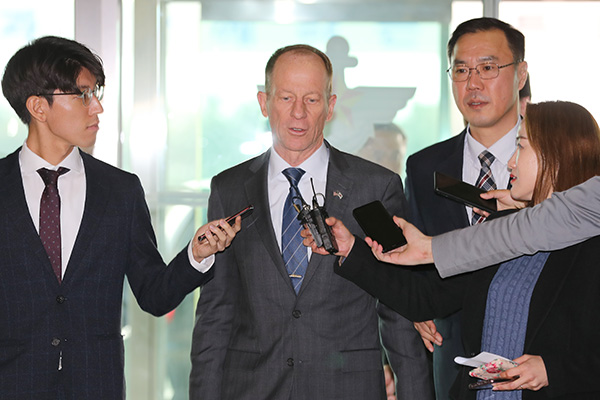 The top American diplomat for East Asia has said North Korea should not set a deadline for a so-called new calculation method on denuclearization, voicing opposition to the year-end deadline declared by the North.

U.S. Assistant Secretary of State for East Asian Affairs David Stilwell made the remarks in a news conference in Tokyo on October 26 during a trip to attend the Mount Fuji Dialogue, an annual forum of business and political leaders from Japan and the U.S.

The U.S. State Department released on Wednesday the transcript of Stilwell's remarks about ten days after the news conference.

The U.S. official said that if North Korea wants to lead the U.S. to a negotiating table to talk about its stable security environment, it should not set a deadline for negotiations. He said North Korea has the ability to bring the U.S. to the table, but setting up a deadline does not help that process.

The remarks are the first public response by the U.S. to the end-of-year deadline announced by North Korea for the Donald Trump administration to offer mutually acceptable terms for a deal after working-level denuclearization talks collapsed in Sweden last month.