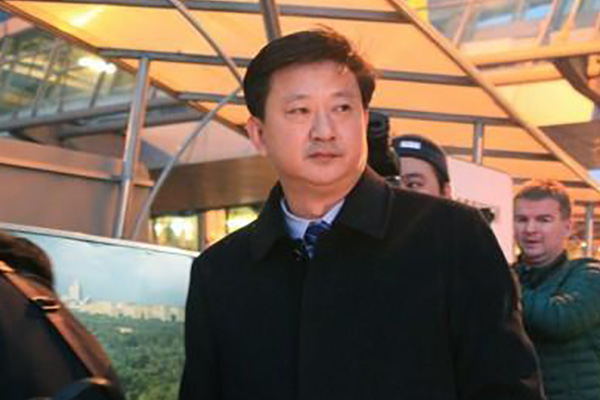 Senior U.S. and North Korean officials spoke briefly at a nuclear nonproliferation conference that kicked off Thursday evening in Moscow.

According to event participants, U.S. special envoy for North Korea Mark Lambert and Pyongyang Foreign Ministry official Jo Chol-su spoke for about five minutes at a welcoming reception of the 2019 Moscow Nonproliferation Conference.

It is not known what the two discussed.

Also at the reception was Seoul's chief nuclear negotiator Lee Do-hoon, but he and Jo did not interact, reflecting chilled relations between South and North.

Hosted by Russia's Center for Energy and Security Studies every two to three years, the conference has been venue for discussions on diverse nonproliferation topics.

Around 300 officials and experts from some 40 countries are participating this year.