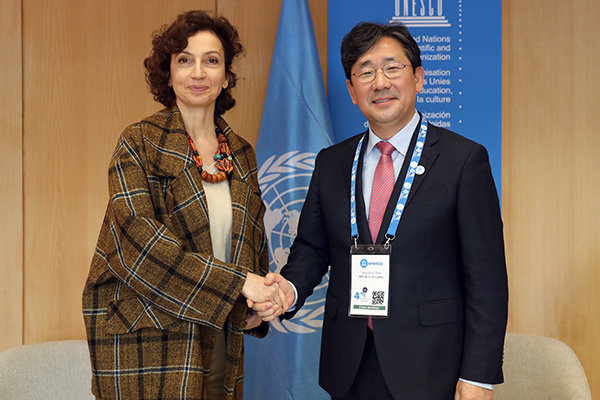 Culture Minister Park Yang-woo and UNESCO director-general Audrey Azoulay agreed on Tuesday to work together to have both Koreas inscribe the demilitarized zone(DMZ) as a heritage site during a bilateral meeting on the sidelines of a UNESCO forum in Paris.

Park told Azoulay that the joint inscription of the DMZ, which represents the only physical partition of a country anywhere in the world, would live up to the spirit of the UN agency.

President Moon Jae-in proposed the heritage inscription plan in a keynote speech at the UN General Assembly in September as part of a vision to transform the tension-filled DMZ into a global peace zone.