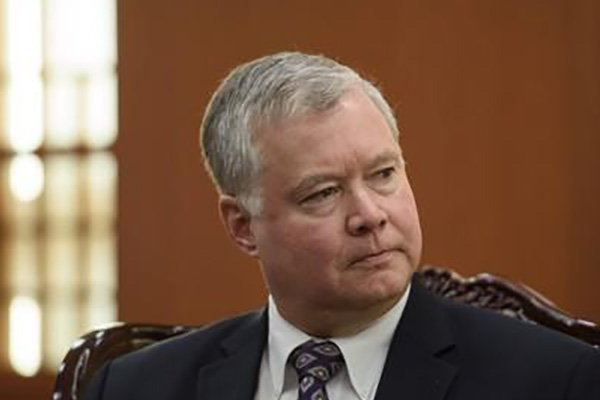 Biegun made the remarks before the U.S. Senate Foreign Relations Committee during a confirmation hearing on his nomination as deputy secretary of state. Biegun will retain the North Korea portfolio if he is confirmed to the new post.

The top nuclear envoy said during the hearing that the person who needs to negotiate with him in North Korea is Choe, adding she has North Korean leader Kim Jong-un's confidence.

Biegun also said that the window is still open but that the North Koreans should not miss this opportunity, urging them to "seize the moment."

The nominee said that he believed his promotion would assist in the negotiation process by further elevating the priority of North Korea issues.