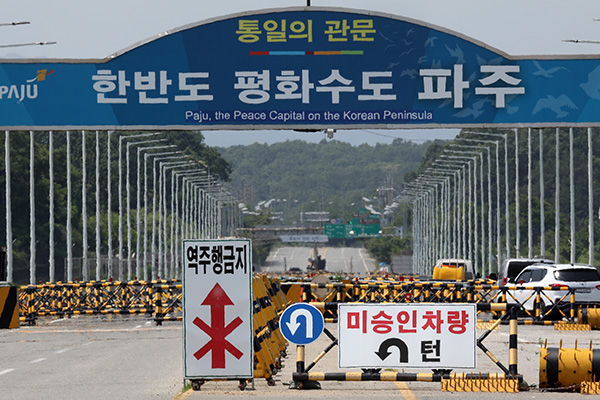 Pyongyang continued to threaten retaliatory action against Seoul for anti-North Korea leaflet campaigns in the South, without referring to the 20th anniversary of the first inter-Korean summit on Monday.

The paper blamed Seoul for neglecting the defector-led campaigns that led to increased tensions on the Korean Peninsula, despite reconciliatory agreements from the 2018 Panmunjeom summit.

This comes after Kim Yo-jong, the powerful sister of leader Kim Jong-un, on Saturday threatened to withdraw from the inter-Korean liaison office, adding she planned to order the military to take the next retaliatory step.

Contrary to its message calling for solidarity behind a new era of peace, prosperity and unification, marking the first summit anniversary last year, none of the North's media outlets took note of the anniversary.