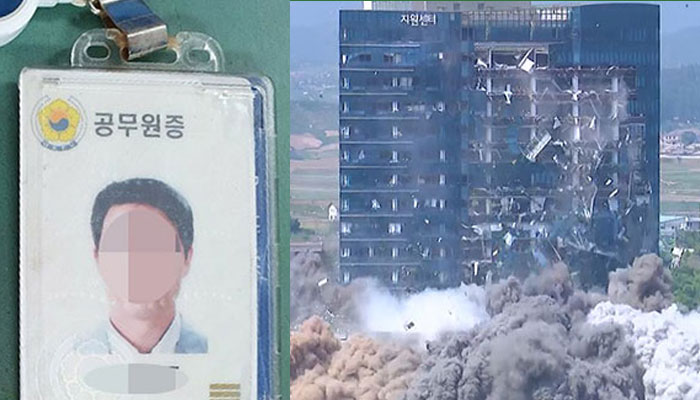 Tensions escalated between the two Koreas in their already-strained ties, following North Korea's demolition of the inter-Korean liaison office in Gaeseong, and the shooting death of a South Korean government official by North Korean troops in the West Sea.
The demolition of the North's liaison office on June 16 came as an apparent retaliation against anti-Pyongyang leaflet campaigns by defector groups in the South. The liaison office was opened in September 2018 as a symbol of inter-Korean cooperation, in accordance with the Panmunjeom Declaration made between the countries' two leaders on April 27 that year.
Kim Yo-jong, the powerful sister of North Korean leader Kim Jong-un, had earlier criticized Seoul, warning it would take action, such as stationing the People's Army at the now-shuttered inter-Korean Gaeseong Industrial Complex or terminating the two Koreas' 2018 military tension-easing agreement.
Cross-border tensions intensified after Seoul warned of corresponding punishment. The North, however, didn't conduct an additional provocation.
On September 22, a South Korean government official, who had gone missing from an inspection ship near a northwestern border island was shot dead by North Korean troops in the North's territorial waters. Public sentiment in South Korea towards Pyongyang was further aggravated upon speculation that North Korean authorities may have incinerated the official's remains.
Tensions somewhat eased after North Korean leader Kim Jong-un sent a notice of apology over the shooting death through the United Front Department on September 25. Pyongyang, however, has yet to respond to Seoul's demand for a joint investigation into the incident.