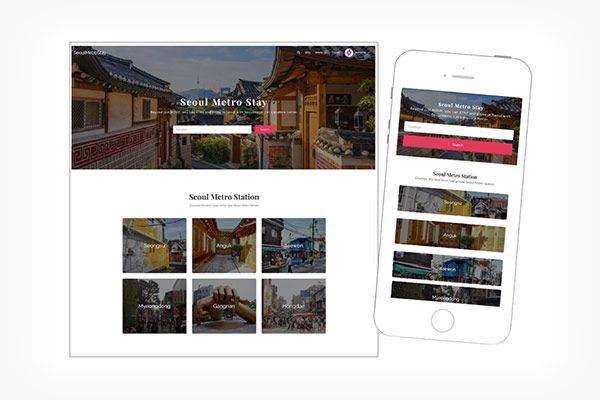 Wehome is a cooperative-type home sharing platform that provides better services than Airbnb. It charges no commission fees but instead distributes financial incentives to participants such as hosts and guests. Major sharing economy platforms like Airbnb and Uber are valued at 45 and 90 billion U.S. dollars, respectively. One of the problems with those big sharing economy businesses is that they have too much monopolistic and centralized power. While providing the same services as Airbnb, Wehome was able to create a decentralized, shared accommodation platform by adopting blockchain technology. Based on eight years of experience and expertise in the operation of a local accommodation provider called Kozaza, Wehome is leading the industry with greater services and a fundamental philosophy of the sharing economy.

Wehome is a new home-sharing community owned by hosts and guests. It is similar to Airbnb, which applied the concept of the sharing economy to the accommodation business. Unlike Airbnb, Wehome doesn’t charge any intermediary transaction fees but gives financial rewards and incentives to community participants in the form of cryptocurrencies, in accordance with their engagement and contributions.

It is blockchain technology that makes this unconventional home-sharing service possible. Blockchain is a decentralized ledger that records and shares transactions among all participants in the network, thereby enabling them to conduct transactions in a transparent and reliable way without having to depend on a third party. Wehome’s commission fee-free system allows hosts to offer homes at lower prices and gives the service a competitive edge against Airbnb, which currently dominates the market. Wehome has created, in a true sense of the word, a sharing economy led by individuals. Much of the credit should go to Mr. Jo, an information technology specialist. 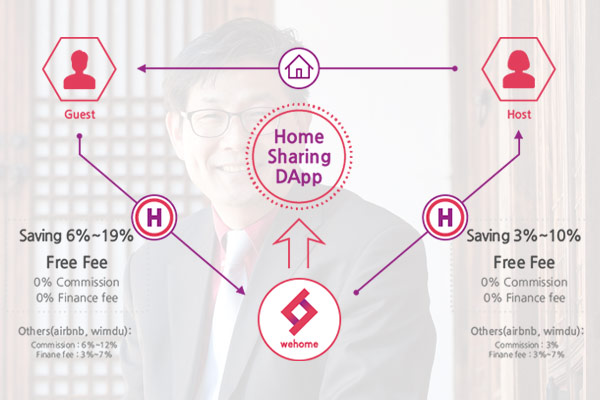 I studied future Internet architecture and Internet video conferencing at Texas A&M University. I later participated in a research project called “Internet 2” as a computer scientist at Lawrence Berkeley National Laboratory located in Berkeley, California. At the time, I floated several new ideas. Using one of the ideas, I co-founded a company named Net Geo in 2000. The company provided an IP-based geo-location service that identifies the geographic location of a person who logs on to the Internet, based on a given IP address or host name, and shows information he or she might be interested in. This service drew an investment of 5 to 6 million dollars, and I engaged in this business for five to six years.

Jo majored in computer engineering at a local university in Korea and worked at KT, a leading telecom company. He continued with his studies in the U.S. and earned a doctorate there. He started his own business in Silicon Valley, the global center of information technology, and received over 5 million dollars in investment. After returning to Korea, Jo led Internet business teams at local mobile carriers, KT and LG Uplus. In 2012, he took on a new challenge by creating Kozaza(코자자), an online site offering accommodations at traditional Korean-style houses or hanok(한옥).

When I first came up with an idea for home-sharing services, I was sure that hanok would be a valuable and ideal space shared by many people. I believed in its high marketability. After we launched a hanok stay program, Internet users could easily find hanok accommodations nationwide on Naver, the most widely used search engine in Korea. Famous business leaders, including former Google Chairman Eric Schmidt and Neal Gorenflo, the co-founder of Shareable, highly praised Korean traditional houses. It seemed they were quite pleased with their hanok stay. Even locals, who have never experienced hanok before, including female university students, express a high level of satisfaction once they stay one night there.

While carrying out various Internet-related businesses, Jo envisioned a new era of the sharing economy. He introduced a hanok(한옥) home-sharing service in 2012, one year before Airbnb decided to expand its business to Korea. He chose hanok(한옥) as a distinctive theme, in the hopes that more foreign visitors would enjoy traditional Korean houses, while local citizens would be reminded of the philosophy and value embedded in age-old architecture. The hanok(한옥) sharing platform became increasingly popular, with some 3,500 registered hosts offering 7,500 rooms. Jo is now preparing for a new experiment.

We’re working on another interesting project, namely, Seoul Metro Stay. There are 330 subway stations in the Seoul area. Taking note of the fact that tourists mostly use subways when moving around the city, we’ll select nice accommodations located within 500 meters of subway stations. We’re working on this smart tourism platform project in cooperation with Seoul Metro and Coinplug, which is a blockchain and fintech company. It’s like building imaginary smart hotels near all the 330 subway stations.

Let me give an example. Not many tourists visit Suyuri, northeastern Seoul, although the neighborhood is filled with charming attractions including Mt. Dobong. If there are some 100 great accommodations that do not charge commission fees, tourists will definitely use them. They will like the convenient location of the lodgings and post their pleasant experience there on social networking services like Instagram. Then, even more people will flock to the area, turning the zone into a popular tourist destination. In this way, we aim to transform all the 330 subway stations in the capital into a tourism hub.

Seoul Metro Stay is a service platform that combines tickets for home-sharing facilities that are within five minute walks of subway stations, subway tickets, information about sightseeing spots and other travel services for foreign visitors. The successful operation of this platform means the establishment of a new tourism infrastructure that allows people to visit popular sites in a convenient and affordable way. It will also advance the era of the sharing economy.

I guess my vision was way too big, as it was rather difficult to communicate it to people. I went through much trial and error. Now, I’m trying to approach the public with more practical values. I’m confident that Wehome appeals more directly to hosts and guests alike. I have a firm belief that the sharing economy is highly important for the survival and prosperity of the human race. The sharing economy should continue to grow in Korea, as it can resolve various problems effectively, like a magic solution. I hope to contribute to promoting the sharing economy.

For many people, blockchain is still an unfamiliar concept. By incorporating core technologies of the Fourth Industrial Revolution into tourism, Wehome is leading the way for innovation in the sharing economy.