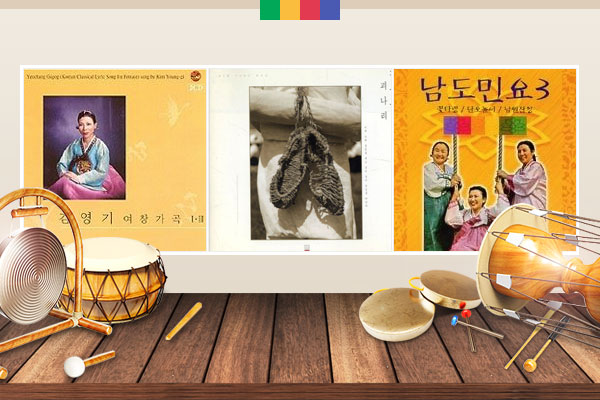 Su Dongpo is one of the most acclaimed poets in Chinese history. During the 11th century Song Dynasty, he was demoted to a local government official in Huangzhou for disagreeing with the reformist politician Wang Anshi. One of his friends came to see him in that rural town and the two sailed on the Yangtze River. As they sailed past the purported site of the Battle of the Red Cliffs, he was inspired to write a poem, titled “Chibifu” or “The Ode on the Red Cliffs,” which became one of his most well-known works. The poem begins like the following.

On an autumn day I entertained my guest on a boat under the Red Cliffs.

Cool winds were blowing gently and the river was calm.

I offer a glass of wine to my friend and recite a poem about the bright moon.

Su Dongpo would have wanted nothing more for this excursion as he had refreshing winds and a clear sky, a good friend, and wine and poetry. Because of this atmosphere, many Korean traditional songs feature the Red Cliffs one of which we’re going to enjoy shortly. It’s titled “Gyemyeon Dugeo Imsuljichu계면 두거 임술지추” and sung by Kim Young-ki.

Boating was a favorite pastime of Korean ancestors. An old painting about a Pyongyang government official holding a big boat party shows a large vessel carrying the official and another boat carrying musicians and female entertainers and several other boats guarding the main ship. Dozens of vessels of various sizes sail along the Daedonggang대동강 River and ordinary people watch the gala from the riverside with torches held up high. Such a big party fleet was a rarity even back then. Usually, a singer and a few musicians will board a small boat to accompany the main party. In most cases, like in Su Dongpo’s excursion, only a couple of people will ride on a boat to enjoy the scenery and recite poems. Scholars or seonbis선비, who spent most of their time indoors reading and studying, would have relished these rare opportunities to enjoy nature and fresh outdoors.

In the old days, the Hangang River served as the main commerce route between Incheon and Hanyang, the old Seoul. Boats carrying goods like firewood and fish from Ganghwado Island강화도 would travel up the river to unload them in Hanyang and return to the island with the goods available only in the city. It would have taken a lot of hard work to sail upstream, so sailors of the old days would have sung to boost their energy. But when traveling downstream, they would have the luxury to enjoy the scenery and sing songs about life and nature. Let’s listen to “Oaring Song” sung by Kim Yong-woo.

The 1988 Summer Olympics in Seoul was a landmark event that propelled Korea to the world stage. It showed the world how much progress a war-torn country had made in just over three decades. In its closing ceremony, master singer Kim So-hee sang “Boating Song” during the closing performance titled “A Departing Boat.” The production portrayed people parting on a boat while promising to see one another in the near future. It was a rearrangement of an aria from pansori “Simcheongga심청가” which described Simcheong’s last boat ride. It has become a favorite boating song in the southern region of Korea. The song is powerful yet heartrending. Let’s wrap up this week’s Sounds of Korea with Kim So-hee and several other singers singing “Boating Song.”

Music 3: Boating Song/ Sung by Kim So-hee and others