Changes in Economic Gap between S. Korea and Japan over Three Decades 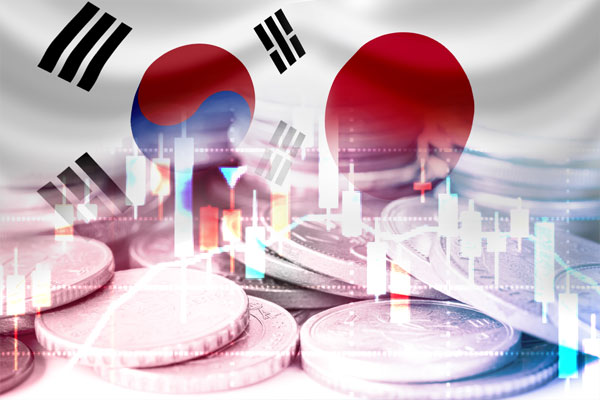 The Federation of Korean Industries has compared changes in the economic and competitiveness gap between South Korea and Japan since the early 1990s. The result shows that the gap has narrowed considerably and it has even been reversed in some areas. For instance, the World Competitiveness Ranking released by Switzerland’s International Institute for Management Development shows that Japan ranked fourth in 1995 but slid to 34th in 2020, while South Korea rose from 26th to 23rd in the same period.

30 years ago, Japan was like a high wall that South Korea couldn’t jump over easily. But how has Korea been able to outpace its neighbor in so many areas? Here is Lee In-chul, director of the Real Good Economic Institute to explain.

In the 1990s, three major credit rating agencies such as Standards & Poor’s, Moody’s and Fitch Ratings assigned Japan the highest rating. In 1990, S&P’s rated South Korea at A+, four notches below Japan’s AAA. But this year, Korea’s credit rating by S&P is AA, two levels higher than Japan’s A+.

In terms of per-capita GDP based on purchasing power parity, South Korea has surpassed Japan since 2018 when the former recorded 43,001 US dollars and the latter, 42,725 dollars.

It turns out that South Korea has also outstripped Japan its manufacturing competitiveness, a leading industry for both economies. The Competitive Industrial Performance index of the U.N. Industrial Development Organization shows that South Korea and Japan came in 17th and second, respectively, in 1990, but the ranking was overturned in 2018, when they placed third and fifth, respectively.

Japan is still ahead of South Korea in macroeconomic indicators, but the gap between the two countries has also narrowed significantly.

In 1990, South Korea’s nominal GDP remained at 283 billion dollars, a mere 8.9 percent of Japan’s. But it increased six-fold in the last 30 years to 1.6 trillion dollars in 2020, accounting for one-third of Japan’s. 30 years ago, South Korea and Japan came in 17th and second in the world, respectively, in terms of nominal GDP. But last year, Korea rose to 10th place while Japan fell to third, with the gap narrowing considerably.

53 Japanese companies are included in the Fortune Global 500 list. The number is 3.5 times higher than South Korea’s 15. Considering that the gap was more than 18 times, 25 years ago, Korean firms have now caught up with Japanese ones significantly in business competitiveness.

However, Japan still out performs South Korea in basic science and technology. In the list of top 1,000 global R&D investment companies, Japan had five times more firms than Korea last year. In 2020, Korea’s trade deficit with Japan in materials and parts, in particular, nearly doubled from their 1994 levels.

On the whole, economic indicators show that South Korea has performed well over the last three decades, while Japan has not. There are multiple reasons, including Japan’s internal problems.

South Korea has grown considerably to overtake Japan in many economic areas. But another major factor is a prolonged recession in Japan, which is described by some as “three lost decades.”

Following the Plaza Accord in the 1980s, the strong yen trend caused Japanese exporters to lose their competitiveness. Japan also chose an easier option of low interest rates rather than structural reform. Bubbles in asset prices eventually led to the real estate market bursting and an era of deflation quickly followed. The Japanese economy began to backslide, as it failed to adapt to new technology or remain innovative. Also, the working age population in Japan has been on the decline since it reached its peak in 1995. Japan was caught up in a vicious cycle of falling asset prices, economic slowdown and shrinking consumption and investment.

Japan promoted the 2020 Tokyo Olympics, which finished on August 8, as the “Recovery and Reconstruction Games.” The slogan clearly shows the current status of Japan. On the occasion of the 1964 Tokyo Olympics, Japan was able to recover from the aftermath of World War II and achieved remarkable economic development. Similarly, Japan wished to use the 2020 Tokyo Olympics as an opportunity to escape from its long recession. However, the sporting event got off to a shaky start, as it was postponed for a year due to COVID-19. The costly event has made the host country even more anxious.

Japan ranked third in the overall medal standing at this year’s Olympics to produce its best Olympic showing ever. But U.S. business magazine Forbes estimated that the Tokyo Olympics this year would be the most expensive Games to date, costing up to 28 billion dollars. As Japan held the Olympics without spectators, it couldn’t make money on ticket sales. On top of huge Olympic costs, the Japanese government has to cover the losses incurred by maintaining stadium facilities. Japan hoped to turn the situation around through the Olympics, however, it may end up creating even more debt.

In fact, South Korea is in a situation similar to Japan in many respects. For example, Korea is also faced with the problem of a low birthrate and an aging population, one of the major factors behind Japan’s low growth. South Korea’s total fertility rate hit a new record low of 0.84 in 2020, marking the lowest level among G20 economies. There are concerns that Korea might fall into a low-growth trap faster than even Japan.

The problem of declining birthrates and an aging population in Korea is even more serious than in Japan. The Korean government has pumped a massive amount of money to help cushion the economic fallout from COVID-19, but the money has created bubbles in asset markets such as stocks, digital coins and real estate. The government’s active fiscal policy is only depleting the state’s coffers. Like other advanced economies, Korea needs to devise proper fiscal rules not to mar the country’s fiscal soundness. Companies, for their part, should carry out structural reform and improve labor productivity in order to secure future growth engines. It is necessary to promote domestic demand further and not to be swayed by external factors.

South Korea has benchmarked Japan in many areas for its economic growth. For Korea, it’s time to learn a lesson from Japan and prepare for the future with a cool head, rather than just cheering at the fact that it has caught up with Japan.