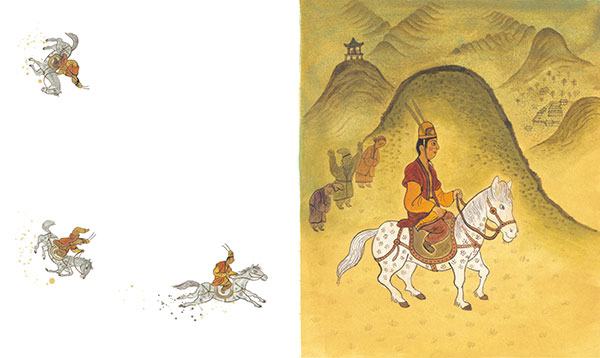 Once upon a time, there lived a gentle and wise king. He was loved by his people since he cared deeply about everyone’s affairs.

But he had a big secret. His ears kept growing until they resembled donkey ears. 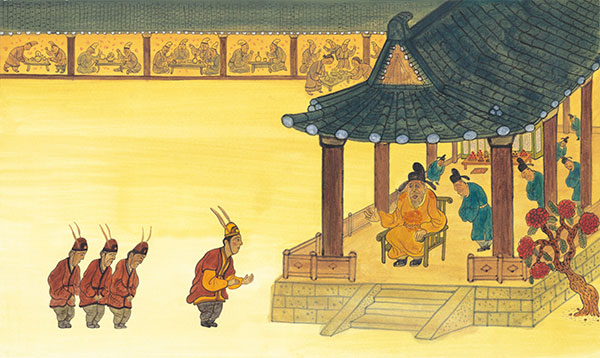 “Tell the officials that I’m taking the day off. I don’t feel so well today.”

But the king couldn’t fake illness forever. He had to face the people sooner or later.

The king came up with a brilliant plan.

“I need a new bokdu. Find me the best bokdu maker in the kingdom.” 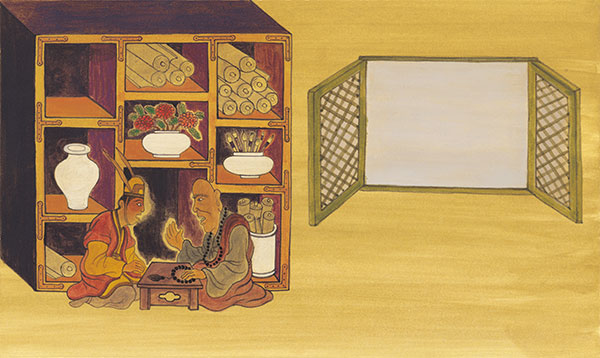 The court officials brought talented bokdu makers before the king. The king picked a man who appeared to have the tightest lips.

After making the craftsman promise several times, the king finally removed the hat he was wearing.

The bokdu maker was quite startled, but pretended not to notice the length of the king’s ears. He measured the circumference and height of the king’s head.

“How strange. Why were the king’s ears so large? Can it be that he was born with such big ears?” 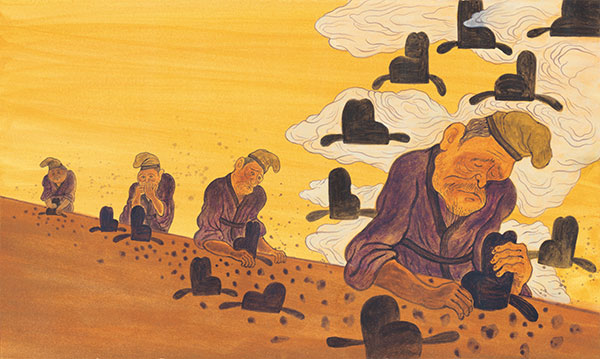 The man couldn’t get the image out of his head. He felt so frustrated, not being able to say a word about what he had seen.

He was so consumed with the image that he couldn’t eat, sleep, or work. Already a man of few words, he became a man of even fewer words.

His friends and family became worried that he might be very sick and asked him if anything was wrong.

He couldn’t say anything because he could hear the king’s stern voice that said he would be punished severely if he let out the secret. 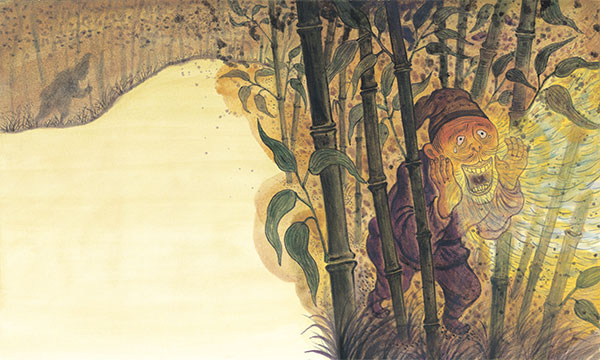 The hat maker soon became wealthy as he was paid a lot of money everytime he made a new bokdu for the king. But, he was not happy at all.

‘Oh, this is so frustrating. I wish I could just tell someone about it. I would feel so much better.’

One night the bokdu maker stood in the middle of a bamboo forest and shouted out toward the trees. 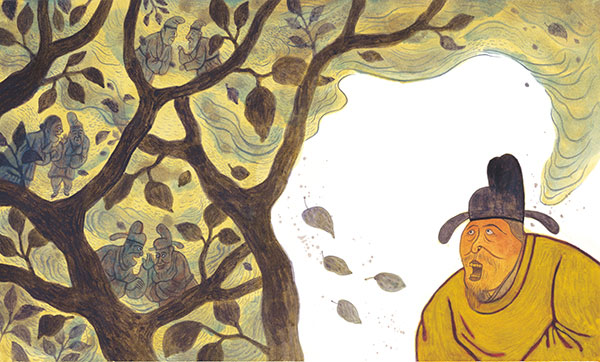 Whenever the winds blew, people heard this sound coming from the rustling bamboo leaves.

Then the villagers would gather the following day to talk about what they had heard the night before. The rumor spread fast to reach even the king’s ears.

“I hear that the shouts come from the bamboo forest on windy days. Chop down all bamboo trees at once!”

As the king ordered, all the bamboo trees were chopped down and cherry trees were planted instead. However, the sound of “The king has donkey ears” did not stop. The words still traveled with the wind to the village.