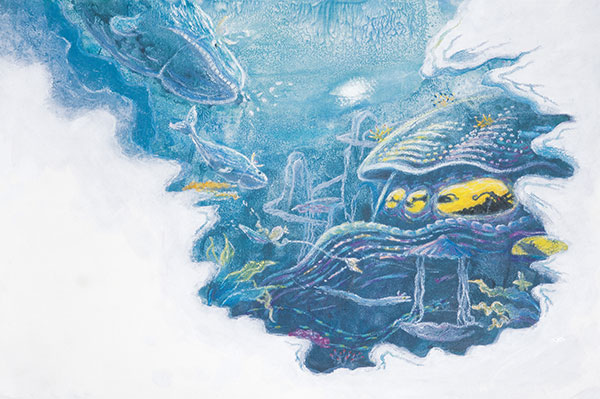 Once upon a time, there lived four dragon kings of the sea each protecting an underwater domain. The dragon king that oversaw the southern sea fell seriously ill. A divine being from the heavenly kingdom came to see the ailing king.

“I came all the way from heaven after hearing the news that you’ve fallen ill.”

Then, the divine old man drew the king a picture of a rabbit before vanishing. 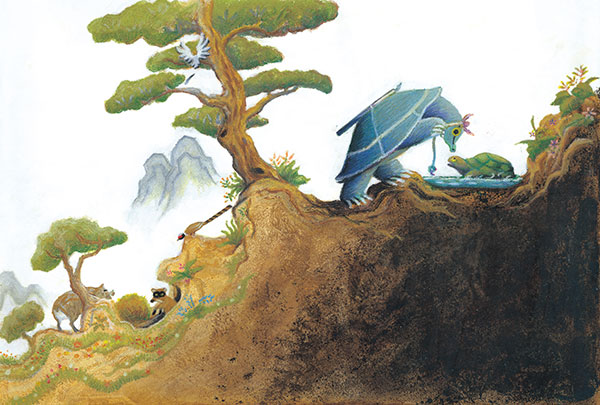 Hearing that the rabbit lives on land, all the court officials clammed up. That was when a turtle stepped up quietly.

“I will bring the rabbit.” 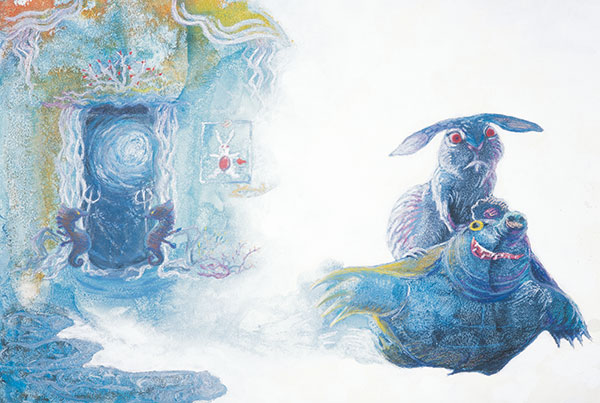 “Now where could this rabbit be?”

That was when a white furry creature hopped down the mountain. The turtle composed himself before calling out to the rabbit.

“You have nothing to worry about. You can ride on my back and I will take you to the sea palace. I promise to bring you back whenever you want.”

Fearing that the land animal might change his mind, the turtle carried the rabbit on his back and quickly swam to the sea palace. 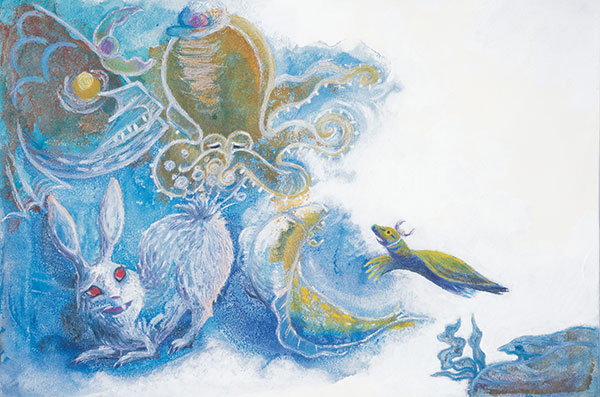 The soldiers took hold of the rabbit’s four limbs and tried to take him to the palace. The bewildered rabbit struggled to get out of the soldiers’ grasp, but he was dragged to the dragon king’s chamber.

“I heard that your liver is what can cure me of my illness.”

The rabbit racked his brains to find a way out of this predicament. Then he had a bright idea.

“You rmajesty, I don’t have my liver right now. Since our livers came to be known as great medicine, every living being wants our livers. So, whenever we go out, we take out our livers and hide them elsewhere.”

Promising to bring back his liver, the rabbit got on the turtle’s back again and went up to land. 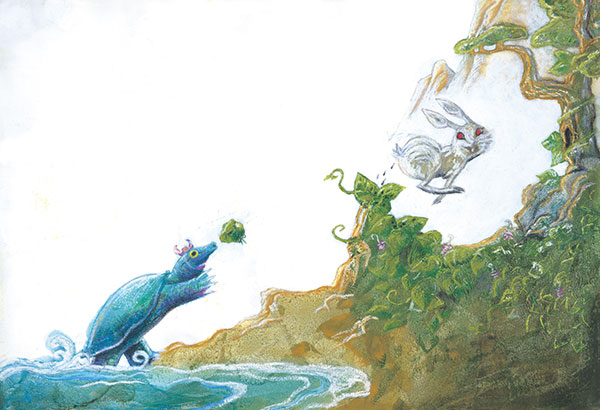 “You fool. You really believed that story? What animal can take out its liver and still live?”

After the rabbit ran away, the turtle sat there crying for a long time, unable to return to the palace empty-handed. 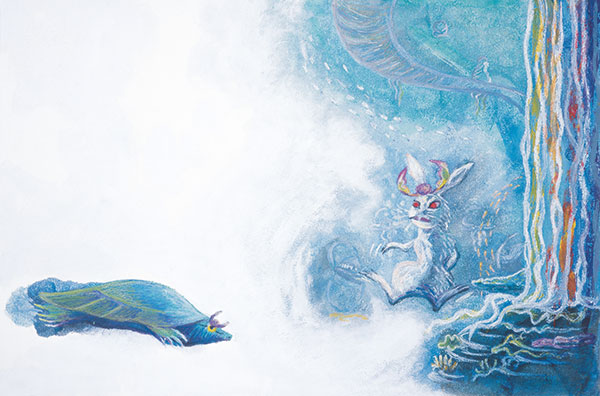 But then the rabbit came back. The rabbit then gave the turtle a big load of rabbit poop. The turtle carefully wrapped the poo in a cloth and brought it back to the sea palace. The dragon king ate the poop, and amazingly, became healthy again. As a reward, the turtle was appointed to a high court position. So, everyone lived happily ever after.