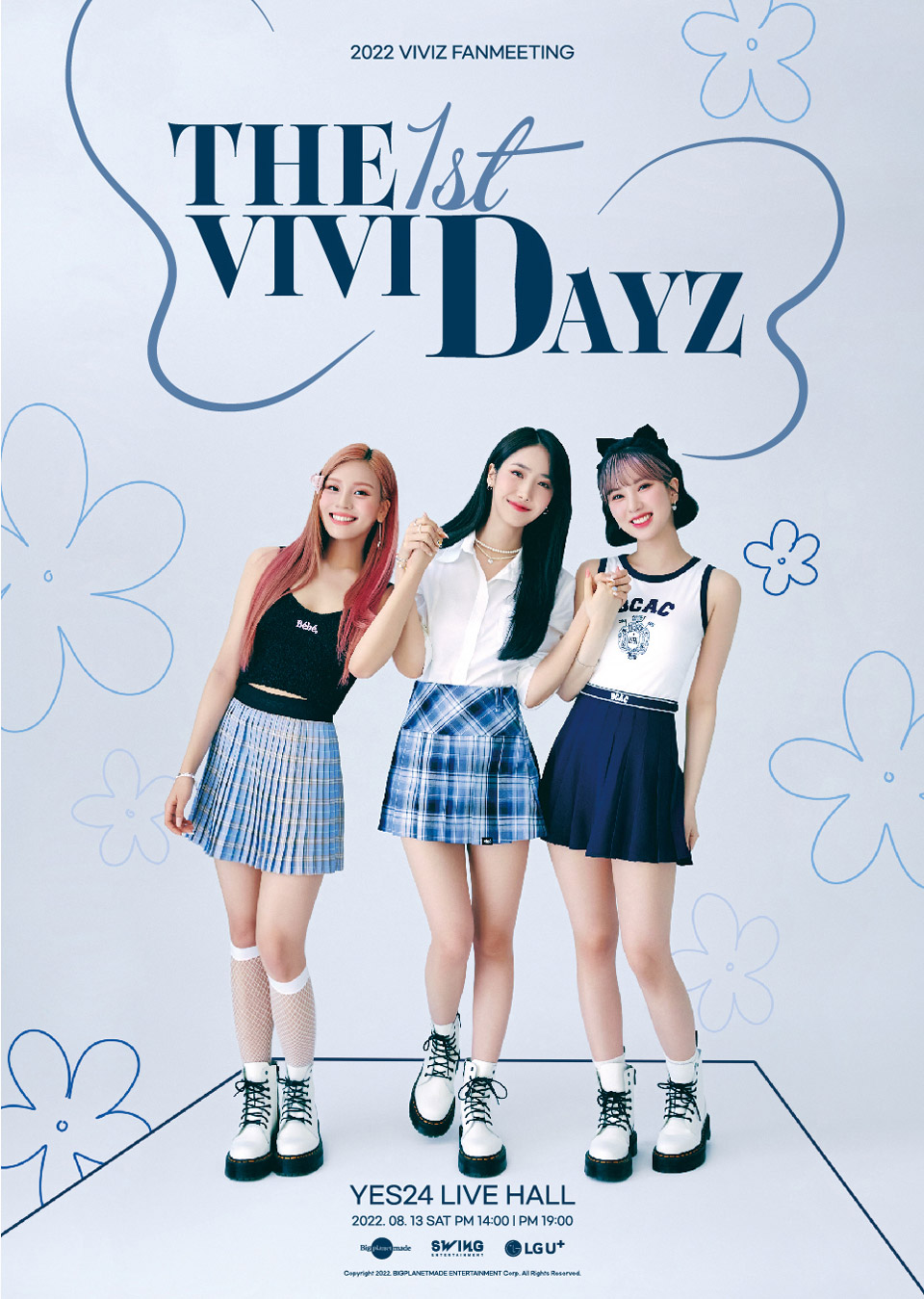 VIVIZ’s 1st fan meeting will take place on August 13 at 2 p.m. and against at 7 p.m. KST at the Yes24 Live Hall in Seoul. Titled “The 1st VIVID DAYZ,” the event has been planned as the first official fan meeting and summer holiday between VIVIZ and their fans Na.V. Meanwhile, the group unveiled their official light stick, as part of the merchandise lineup for the fan meeting. VIVIZ recently released their 2nd mini-album “Summer Vibe” with the lead track “LOVEADE.”