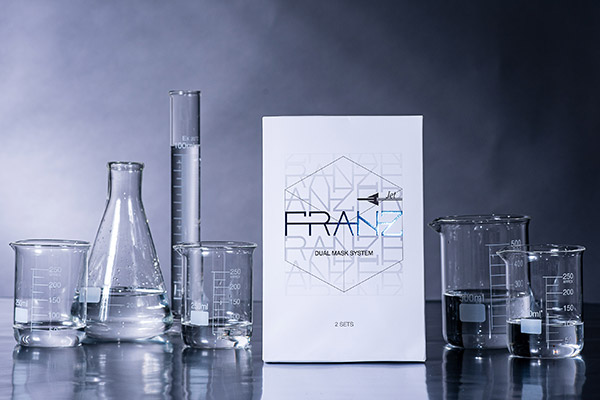 Today, we’ll introduce a developer of a new skincare product known as the microcurrent sheet mask. Let’s hear from Jang Myoung-hoon(장명훈), the CEO and founder of BioSensor Laboratories.

BioSensor Laboratories is a venture firm that was established in 2013 based on technology developed by researchers at Seoul National University. The company developed the transdermal drug delivery system and applied it to skincare products, which are now available at the global premium cosmetics market.

I think South Korea has been developing some of the most innovative technologies in the world but its capabilities or technologies are rather underestimated in the international market. Seoul National University has conducted research and development extensively, but unfortunately, very few technologies have been used for commercial use.

While working with five professors here, I discovered that their technologies were extremely advanced. I thought it would be important to actually commercialize products using the technologies. Research and development comprise the beginning of this process, so I added the word, “laboratories,” to my company name.

The company was able to develop its own skincare technology by collaborating with Seoul National University researchers from across multiple areas such as life science, chemical and biological engineering, pharmaceutical science and biomedical engineering.

But Jang himself is not a researcher. He studied at Korea University and the University of Pennsylvania’s Wharton School, one of the world’s top institutions for business education. He worked at Samsung Electronics and the global consulting firm McKinsey & Company. He decided to set up his own venture firm because he was confident about developing a whole new technology.

When people asked me how I could work with so much enthusiasm despite a small income and heavy workload, I answered that I could make opportunities for positive changes by creating something that had never existed before.

Basically, skincare products have the purpose of improving the skin. But in many cases, ingredients of cosmetics linger on the outer skin. So, to make sure ingredients reach the inner skin, dermatologists use devices like needles— a process called “invasive treatment.” Our technology, in contrast, is non-invasive, pain-free and hypoallergenic but still ensures that active ingredients can be absorbed into the inner skin well. As a result, it helps improve the skin more effectively.

Many cosmetic products contain skin repairing or regenerating ingredients. But it is impossible to improve the skin simply by applying them because they are not delivered deep inside the inner skin. To make ingredients penetrate the skin, microneedles create micropores, while low-grade electrical currents are generated to make the ingredients permeate into the skin. This treatment is done at clinics or skincare shops equipped with technical equipment.

BioSensor Laboratories wondered why people had to spend a lot of time and money and also endure pain in order to have beautiful and healthy skin. After conducting extensive research on skin penetration technology, the company was able to develop the transdermal drug delivery system technology for the first time in the world. 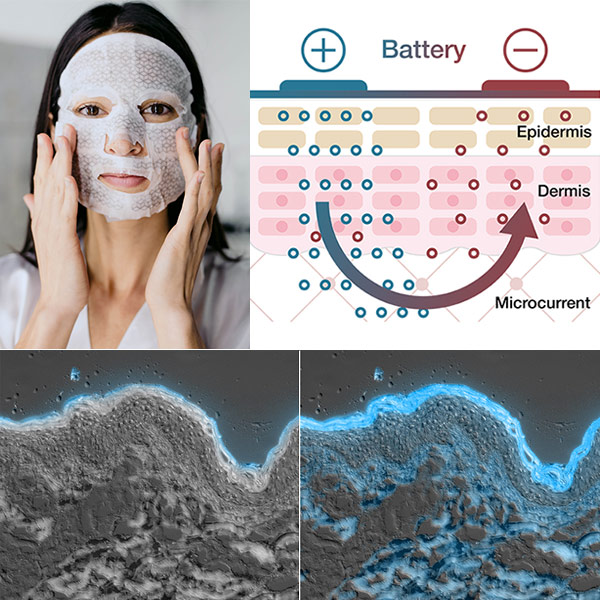 The technology using microcurrents has already been used by major cosmetics companies both in Korea and overseas to produce cosmetics, but they didn’t turn out well. In the cosmetics industry, it is one of the most sought-after technologies because it allows ingredients to penetrate the skin.

Our technology known as “Tissue X” consists of two main elements. First, it uses ionic differences in fresh water and salty water to generate microcurrents. Second, it delivers beneficial biomaterials like peptide and hyaluronic acid into the inner skin more effectively. Let me take an example. Syrup hardens in the cold winter but melts under warm temperatures. Likewise, the biomaterials become softer at the appropriate temperatures so that they can be absorbed into the skin more easily. “Tissue X” combined these two technologies.

Many cosmetics makers have attempted to employ the technology using microcurrents. However, the attempts ended in failure due to various problems including electrical instability, dermal irritation and potential risks to the environment.

BioSensor Laboratories found a solution to this difficult problem. Using the principle of reverse electro dialysis, in which energy is generated from the difference in the salt concentration between fresh water and seawater, the company developed “Tissue X” technology that triggers microcurrents without particular devices. Based on this technology, it produced a new facial mask that uses nonwoven fabric and salt to generate microcurrents so that ingredients can penetrate the skin without any external power sources. Thanks to its remarkable effects, the sheet mask became a sensation.

To my surprise, a customer in Indonesia spent her entire monthly salary in purchasing our products. She said her skin conditions were so bad that even dermatologists told her not to come. But after using our products, she discovered that her skin noticeably improved. The masks were 20-thousand won per sheet, and she was willing to spend all her monthly salary on them.

BioSensor Laboratories released its new sheet mask in 2017 under the brand name of “Franz.” The facial mask boasting the maximum effect of delivering active ingredients deep inside the skin quickly went viral and continued to sell out. Having been selected as the Seoul Award Brand by the Seoul Business Agency, Franz is drawing an enthusiastic response from overseas consumers as well. The Franz products have been selling pretty well in the U.S., as the brand has become famous among local dermatologists through word of mouth.

Our vision is to become a game changer in the global skincare industry. Some 1,500 dermatology clinics in the U.S. have used our Franz products after laser treatment. After using them, so many doctors make phone inquires about this unique product featuring patented technology. Of course, that helped us increase exports. Our products have been shown on TV programs in the U.S. as many as 15 times. When they were introduced on Fox News, their sales reached about 100-thousand dollars on that day alone. Last year, 30 percent of our sales came from exports. We estimate the figure will increase to over 50 percent this year.

By incorporating science, the company developed amazing skin absorption enhancement technology that has never been found before. It will surely be able to fulfill its dream of growing into a game changer in the cosmetics industry.