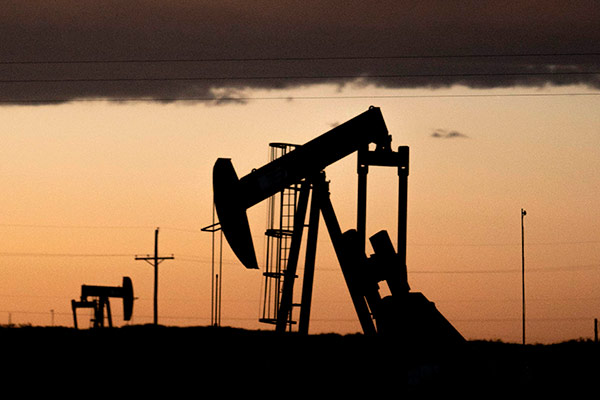 The International Monetary Fund has forecast that the global economy this year will experience the worst recession since the Great Depression in the 1930s, in the aftermath of the COVID-19 crisis. However, Bloomberg has predicted that manufacturing powerhouse South Korea will be able to bounce back in a V-shaped recovery when the crisis is over. A V-shaped recovery means a quick rebound after a short-term economic shock.

Today, we’ll analyze this optimistic projection with Professor Lim Chae-seong(임채성) from the Department of Management of Technology at Konkuk University.

The prediction indicates that South Korea is better positioned to have a V-shaped turnaround, compared to other countries. The Korean economy has great strength in the manufacturing sector, which is relatively less vulnerable to the COVID-19 pandemic than other industries. Fortunately, there is a growing demand for information and communications technology or ICT products, in particular, which Korea specializes in.

Bloomberg says that countries based on manufacturing and tech industries are likely to see a V-shaped economic rebound. This is quoted by Citigroup chief economist Catherine Mann, who is also the former chief economist for the Organization for Economic Cooperation and Development or OECD. South Korea and Taiwan are cited as examples of such countries. In contrast, economies heavily dependent on tourism like Thailand and Singapore are expected to slip into an L-shaped recession, where the economy hits the bottom and a long-term slump follows. In other words, countries may see different recovery curves, depending on what their major industries are.

Manufacturing makes up a significant part of Korea’s industrial structure, where service-oriented industries account for a small portion. According to the Ministry of Strategy and Finance, manufacturing accounts for 27.8 percent of Korea’s GDP. The figure is higher than that of Germany and Japan which have industrial structures similar to South Korea’s. Korean exports of ICT products, in particular, have propped up the nation’s outbound shipments, despite unfavorable external conditions.

In employment, the manufacturing industry has also endured the COVID-19 crisis relatively well.

In the U.S., job postings in entertainment, services, food, real estate, and wholesale services sectors fell by 43 percent on average from March 2 to the 30, while the manufacturing industry saw a 30 percent decrease. This reflects that the manufacturing sector suffered relatively less damage than other industries. Data shows that the situation is similar in South Korea.

In South Korea, the number of employed people who took a temporary leave in March increased to 1.6 million, as the COVID-19 outbreak forced many companies and stores to suspend their business. By industry, wholesalers, retailers, accommodations, and restaurants saw 205-thousand workers on temporary leave. Meanwhile, the number reached 200-thousand in education and service segments. But the manufacturing and mining industries each only shed 53-thousand jobs temporarily.

On the contrary, manufacturers of food and medical supplies hired more people. The shipbuilding industry, which had shown signs of recovery from drastic restructuring, maintained recovery momentum.

However, it is still too early to relax. If the virus outbreak is not contained completely, the manufacturing industry will also inevitably suffer a blow. Fortunately, the COVID-19 epidemic has subsided noticeably in South Korea. But danger still lingers. If the virus spreads again, manufacturers might be forced to shut down their factories at any time. The export-driven Korean economy may see a contraction in the second quarter. This is due to the fallout from COVID-19 that began to spread fast in North America and Europe in March.

South Korea has been urged to improve its industrial structure that relies heavily on manufacturing, with some even claiming that the era of manufacturing is over. The industry has been cited as the main culprit for environmental pollution and stigmatized as a “smokestack industry with low added-value.”

But amid the COVID-19 pandemic, the manufacturing industry has emerged as a relief pitcher of the global economy. The global manufacturing revival project that started around 2010 is expected to gain more traction, accordingly. Of course, South Korea should not fall behind the global trend.

Amid the COVID-19 crisis, innovation or “new manufacturing” characterized by smart factories is becoming increasingly important. Smart factories feature the combination of the Internet of Things of IoT, the digital twin system, Artificial Intelligence or AI, and so on. A digital twin is a virtual model of a product, service, or process that can be used to run simulations and therefore predict the result in advance. In other words, “new manufacturing” is the digital transformation of the industry. It has been believed that the revolutionary industrial shift will happen in the far distant future. But the COVID-19 situation makes us feel that this future is almost upon us. If South Korea tackles the challenge successfully, it can see a strong rebound or a V-shaped recovery in the short term. Over the long-term, it can come up with an effective strategy, having the next 30 years in mind. We all know that the global economic structure will undergo a major change when the COVID-19 crisis is over. South Korea will hopefully be in a more advantageous position to establish “new manufacturing.”

The manufacturing industry, which comprises the base of all industries, has shown its strength in the COVID-19 crisis, brightening the future of the Korean economy. But a V-shaped economic rebound will not be achieved automatically just because of the manufacturing industry. Countries around the world are expected to engage in a fierce competition over “new manufacturing” in the post-COVID-19 era. Korea should successfully cultivate this new sector that is based on data connectivity and maintain its status as a manufacturing powerhouse.