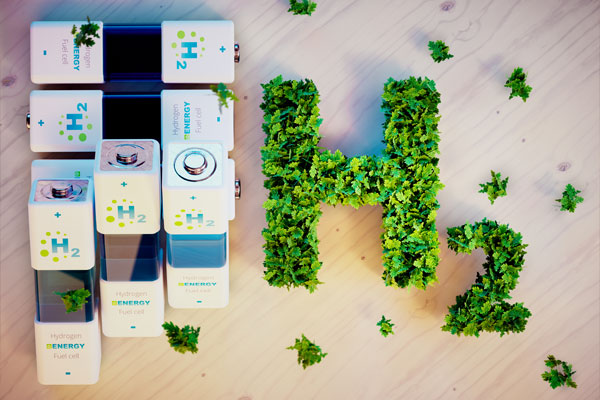 The “hydrogen law” came into effect in South Korea on February 5, one year after the legislation of the law, the first of its kind in the world, and two years after the government’s announcement of its hydrogen economy roadmap. Now that the law has taken effect, the hydrogen economy infrastructure will be expanded and relevant support policies will be implemented in earnest.

Countries around the world are scrambling to increase investment in building the hydrogen economy, as hydrogen is drawing attention as a new energy source amid growing environmental challenges such as fine dust and climate change. Indeed, the hydrogen economy signals a major paradigm shift in the energy industry.

Here is Lee In-chul, director of the Real Good Economic Institute, to examine the hydrogen economy both in Korea and overseas and potential tasks to promote it.

Many countries have pledged to achieve carbon neutrality, with Europe, the U.S., China and even the Middle East jumping on the hydrogen economy bandwagon. As an inexhaustible source of energy, hydrogen is easy to obtain. It produces no pollution, and it is touted as the next-generation energy source.

The European Union announced its hydrogen strategy in July last year. Under the plan, the EU will invest 75 billion euros in building a hydrogen-centric energy system to expand the proportion of hydrogen in overall energy use from the current 3 percent to 14 percent in 2050. Timed with the inauguration of the Joe Biden administration in the U.S., expectations are running high for the hydrogen economy in the country. China, the world’s biggest emitter of carbon dioxide, has also joined the competition to take the lead in the hydrogen economy.

In addition to those countries, Japan officially announced its transition to the hydrogen economy in 2014 and resource-rich Australia has established itself as an exporter of hydrogen. Even major oil producers in the Middle East are pouring money they’ve earned from oil into hydrogen energy. Apparently, they seek to hold supremacy in the global energy market even after the oil era ends. South Korea is also moving fast to lead a transition to the hydrogen economy.

South Korea, which is poor in natural resources, depends on imports to meet its consumption of fossil fuels. But it aims to take the initiative in the hydrogen economy. The government seeks to cut carbon emissions to zero by 2050 for a carbon-neutral society. In January 2019, it announced a roadmap for promoting the hydrogen economy. Its goal is to produce 6.2 million hydrogen fuel cell electric vehicles by 2040 and build 1,200 hydrogen charging stations by that time. It plans on increasing renewable energy to account for 20 percent of overall power production by 2030 to spur the transition to a clean energy system.

Hydrogen-related industries in Korea have achieved remarkable growth for the last two years since the country started to build a hydrogen ecosystem. There were only 893 hydrogen-fueled vehicles in Korea in 2018, but the number shot up to 10,900 in 2020. The number of hydrogen filling stations also increased to 70 from 14, while fuel cell power generation doubled during the same period.

Korean companies are also moving in sync with the government’s drive for the hydrogen economy.

Hydrogen electric vehicles, along with pure electric cars, are one of the hottest topics in the automobile industry. Hyundai Motor Group is indisputably a leading player in this area. According to SNE Research, the Korean automaker accounted for 73.8 percent of the global hydrogen fuel cell electric vehicle market as of the end of the third quarter of last year.

Hanwha Group is another Korean company that sets eyes on hydrogen. Hanwha Energy, which is an energy affiliate of the group, built a fuel cell power plant that uses byproduct hydrogen at the Daesan Industrial Complex in Seosan, South Chungcheong Province last year. Another affiliate, Hanwha Total, is provided with byproduct hydrogen to generate energy that is enough for 160-thousand households. SK Group, meanwhile, has acquired a 9.9 percent stake in Plug Power to become the largest shareholder of the U.S. fuel cell company.

Companies in Korea and overseas are aggressively expanding their hydrogen business because they see great potential in the market. According to a McKinsey report titled “Hydrogen scaling up, 2017,” the hydrogen market is estimated to create 2.5 trillion US dollars worth of business and 30 million jobs in 2050. Still, there are many tasks to deal with until the hydrogen economy has taken root in everyday life.

Hydrogen may seem like an unlimited energy, but there are concerns that hydrogen extraction costs much and may destroy the environment. Hydrogen can be extracted as a byproduct from petrochemical production. It can also be extracted from natural gas. Or, it can be obtained by splitting water into hydrogen and oxygen with electricity input. The three methods all have advantages and disadvantages. The key to success is how to produce clean, green hydrogen while reducing the cost and energy loss.

There are three different types of hydrogen—gray, blue and green. Green hydrogen is the cleanest variety, and it is regarded as a key energy source to lead the carbon neutral economy for the next ten years. But it costs much to produce it because it is generated using renewable energy sources. On top of high production costs, it is also urgent to resolve the problem of long-distance transport of hydrogen.

The hydrogen economy has started. But there are some issues to be addressed. The cost, in particular, is the biggest stumbling block in the way of using hydrogen as an everyday energy source. Korea needs to develop its technology to meet global standards. If other countries adopt methods that are different from Korea’s when using hydrogen, like in charging, it will be difficult for Korea to lead the hydrogen economy, even if its technology is superior. Domestically, the government needs to provide the industry with various incentives to encourage the industry to develop high-performance solutions at low costs.

The hydrogen economy will ensure the stable provision of an energy source that can alleviate the concerns about environmental pollution and climate change. South Korea could produce hydrogen on its own and hopefully become the world’s largest producer of hydrogen electric vehicles.

We hope the country will make thorough preparations to achieve its zero-carbon goal by 2050 and grow into a global leader in the hydrogen economy.