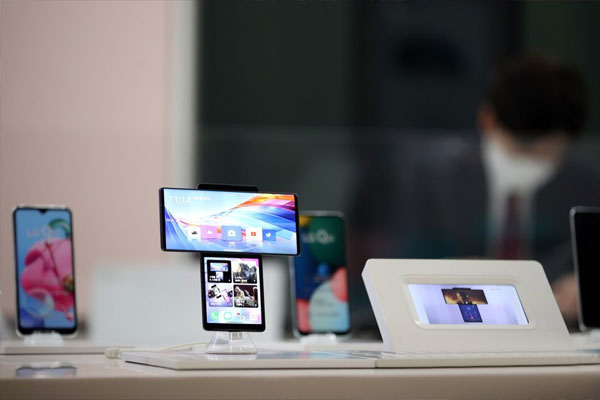 LG Electronics has decided to shut down its smartphone business, 26 years after the company started producing mobile phones with the “Hwatong” brand in 1995. While LG did attract mobile phone users with various hit products, it has not been able to fully adapt to market changes in the smartphone era, failing to win over consumers.

LG’s mobile business posted deficits for 23 consecutive quarters since the second quarter of 2015, with its accumulated operating losses amounting to 4.4 billion US dollars. The company made its own efforts to revive the troubled business, but it couldn’t turn the situation around. Eventually, it made a strategic decision to withdraw from the mobile phone business.

Here is Kim Dae-ho, director of the Global Economic Research Institute, to examine the potential impact of LG’s decision on the smartphone market and the company’s new strategy.

The business community is analyzing LG’s failure in the smartphone business from multiple angles. Most importantly, the company failed to adapt to an evolving market environment.

LG was the leading phone maker during the 2G era when mobile phones were used simply for making phone calls on the move. Afterwards, Apple opened the 3G and 4G era, when people used smartphones as a portable computer to exchange information, not just as a phone. But LG mistakenly believed that the 2G era would last for quite a while and it would take a long time for Apple to actually commercialize smartphones. For that reason, LG wasn’t entirely invested in developing smartphone technology. Rather, it remained satisfied with its dominant position in the 2G feature phone market and focused more on “feature” or “design-centric” phones. It’s a shame that the company failed to respond to the major technological shift and the changing market conditions appropriately.

LG contacted Vingroup in Vietnam, Volkswagen in Germany and Google in the U.S. to sell its mobile phone business. But it failed to reach an agreement with any of those potential buyers and decided to dismantle its mobile business unit after all. It’s a pity that LG has given up its smartphone business, as the company has been considered the leading developer of the so-called rollable phone, which is touted as the next-generation smartphone.

The rollable phone has a rollable screen, which unfurls like a scroll. The phone can increase or decrease its size by unrolling and rolling the display. It’s indeed a dream phone. At the Consumer Electronics Show in Las Vegas early this year, LG released a short 7-to 8-second video showing its rollable phone to amaze many participants there. The innovative phone even won the best product title.

But developing a product with advanced technology is one thing and deploying it for common use is another. To actually release the product on the market, the company would need to reduce cost to mass-produce it. But LG’s current reality is too difficult to reach that level.

LG’s exit from the mobile phone business is expected to have great repercussions in the smartphone market both in Korea and overseas. LG Electronics is the world’s ninth-largest smartphone maker with a market share of 1.8 percent. But it ranks third and fourth in North America and Latin America, respectively, in terms of market share. LG’s departure will likely benefit Motorola and Samsung in North America, while Chinese phone makers like Xiaomi and Oppo may take advantage of the situation in South America. In the Korean market, the competition between Samsung and Apple will be even more intense.

Samsung accounts for about 60 percent of the Korean smartphone market, followed by Apple with 25 percent and LG with a little over 10 percent. The question is who will absorb LG’s 10-percent share, which is not small at all.

I think Samsung is in a more advantageous position than Apple because many users of LG smartphones running on the Android system will likely switch to Android-powered Samsung phones rather than Apple’s iPhones that use a different operating system, iOS. Samsung, for its part, is expected to compete with Chinese brands operated on the Android platform.

The end of LG’s mobile business is bad news for local consumers in Korea, as Samsung will be the only domestic smartphone manufacturer. There are concerns that Samsung’s monopolistic status will lead to higher handset prices and poorer service quality. Major telecom operators would negotiate with handset makers to decide on subsidies for consumers. But their declining bargaining power will place a heavier financial burden on consumers who buy a new smartphone.

For Samsung, LG’s withdrawal from the smartphone market is not entirely good news, either. Stuck in between Apple and Chinese phone makers, Samsung will have to struggle to retain its top position in the global market, where Korean-made smartphones may have a smaller presence.

While LG has decided to pull the plug on its mobile phone business, the company still has a vision. LG Group Chairman Koo Kwang-mo has been seeking to rearrange the group’s business portfolio by focusing more on future growth engines. Now, this initiative is expected to gain traction.

Koo has been restructuring the group’s portfolio through quote - “choice and focus.” LG has overhauled its future strategy in a way to put more resources into viable and profitable sectors, including electric vehicle parts. As part of those efforts, LG has decided to establish a joint venture with a Canada-based auto parts company. Also, LG is indisputably a leading manufacturer of cutting-edge home appliances. The company seeks to improve its business structure by concentrating its energy on core businesses. This includes its broad range of “home entertainment” products that help people enjoy music, films and other activities at home using household electric appliances.

In fact, LG Electronics posted its best-ever quarterly performance in the first quarter of this year, on the back of strong sales of its home appliances, including premium TVs. The company’s overall performance will improve from the second quarter, as its money-losing smartphone business will be excluded from performance evaluations.

LG Electronics plans to focus on new industries such as electric vehicle components, robots, artificial intelligence and batteries down the road. While it has decided to pull out of the smartphone business, the company stresses that it will continue its research and development activities in key mobile technologies.

I think LG made the right choice to focus on technology development in preparation for the fourth to fifth industrial revolution era. In the age of the Internet of Things or IoT, it is smartphones that connect machines with machines.

For example, people will be able to operate a self-driving car with their smartphone. Without smartphone tech, LG’s electric appliances and automotive electronics will lose competitiveness. That’s why LG stresses that it will continue to develop smartphone technology, which is linked with future industries like autonomous driving and IoT, even though it may not produce smartphones themselves. LG has various patents in smartphone tech. It is clearly ahead of others in rollable phones, in particular. It seems LG is determined to solidify its status as a global ICT firm through constant technological development.

The closure of LG’s mobile business has great implications for other companies. If a company settles for its past success and fails to move forward, it will inevitably be left behind in the cutthroat market. In the fourth industrial revolution era, even large companies will find it difficult to survive, if they miss the opportunity to transform themselves in an innovative way. Blackberry, Nokia and Sony all failed for this reason.

We hope that Samsung Electronics, the world’s largest smartphone maker, will learn from what happened to LG, while LG will be able to turn the misfortune to its advantage.