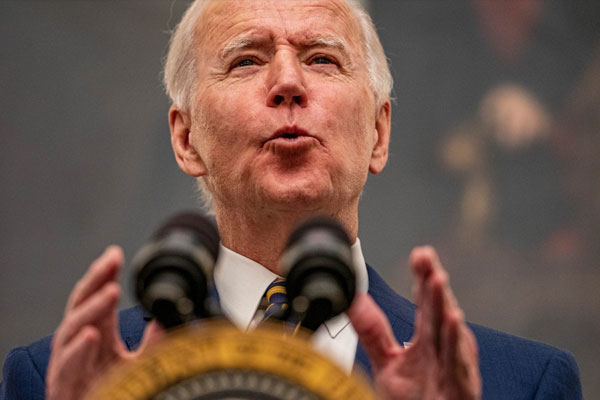 Four major South Korean business groups have announced their plans to invest 40 billion US dollars in the United States. Leaders of the companies accompanied President Moon Jae-in on his visit to the U.S. last week.

U.S. President Joe Biden has promoted an economic policy of prioritizing the interest of the U.S. since taking office. The American president is pressuring countries and companies around the world to join the drive to reorganize global supply chains in a way to keep the U.S.’s lead in high-tech industries including semiconductors and to devise strong measures to cope with climate change. Under these circumstances, major business groups in Korea including Samsung Electronics and Hyundai Motor are considering making their investment in the U.S. On the flip side, though, the move is feared to reduce investment and jobs in Korea.

Here is Cho Yong-chan, director of the America China Economic Research Institute, to discuss whether Biden’s “Buy American” policy will be a crisis or opportunity for the Korean economy.

Global companies are now aggressively investing in semiconductors, batteries and automobiles in the U.S., not in China, despite high labor costs and low productivity. There is one clear reason. They seek to preemptively cope with Biden’s push to rebuild semiconductor and battery supply chains and to implement the “Buy American” and “Green New Deal” plans.

Speaking of semiconductors, countries capable of dominating the tiny chips are believed to hold global tech supremacy. If China produces leading-edge semiconductors and sets global standards, defense and IT industries of the U.S. may regress by at least five years. That’s why the U.S. is pressuring Korean semiconductor manufacturers to participate in its alliance value chain in the industry against China. Korean companies, for their part, will find it impossible to produce next-generation products and secure high technology without taking part in the U.S.-led green recovery initiative. They also hope to expand their presence in the huge American market. That’s why they are increasing investment in the U.S.

Hyundai Motor was the first among the four Korean firms to announce its U.S. investment plan. It plans to invest 7.4 billion US dollars over the next five years in producing electric vehicles or EVs in the U.S. The Korean automaker is expected to expand production facilities in the U.S. in the second half of this year and start to produce its Ioniq 5 EV in the U.S. next year. Korean EV battery makers are also spurring their U.S. investments.

The U.S. aims to reduce its greenhouse gas emissions by 50 percent by 2030, based on 2005 levels, and reach net-zero emissions by 2050. To cut CO2 emissions, it is necessary to distribute electric vehicles rapidly. With the U.S. automobile industry facing a major turning point, Korean firms are aggressively making inroads into the EV market in the U.S.

For instance, LG Energy Solution announced its plan last month to set up its second joint venture EV battery plant with GM in Ohio. In addition to the 2.3 billion-dollar-plant, the company also plans to invest over 4.5 billion dollars by 2025 to build its own battery factories in the U.S.

SK Innovation has, meanwhile, decided to set up an EV battery joint venture with Ford, the second-largest U.S. automaker. Including its spending worth 5.3 billion dollars on the joint venture, the Korean battery maker will invest some 8.2 billion dollars in the U.S. in the mid and long term.

The Korean semiconductor industry is also investing more in the U.S. Samsung Electronics plans to spend some 17 billion dollars on its foundry business in the U.S., while SK hynix has decided to invest 1 billion dollars to set up a large-scale R&D center in Silicon Valley.

It also calls for expanding infrastructure and eco-friendly businesses in consideration of climate change, with the purpose of creating quality jobs in the following decades. The U.S. is urging its allies and partner countries as well as companies to follow the policy.

Even American companies are expanding their investment in the U.S. in a move to shift away from an over-reliance on China for production. In the first phase, they are employing the strategy of “China Plus One, Two, Three,” in which they are relocating their production bases to Asian countries other than China, as well as to North America and Europe, to diversify their supply chains. The second-phase strategy will be “America Plus One,” which excludes China from the list of production bases. The U.S. has used China, which is known as “the world’s factory,” as its export base so far. But the U.S. is seeking to create its own production bases and strengthen supply chains in cooperation with its allies. For that purpose, the U.S. plans to invest 2 trillion dollars on infrastructure, including 50 billion dollars on semiconductor production and research.

The U.S. is pressuring companies around the world to participate in the “Buy American” policy. Some say that the Biden government’s policy places even heavier pressure than the former Donald Trump administration’s “America First” vision. Taiwan-based TSMC, the world’s largest semiconductor foundry, initially planned to build one factory in the U.S. but later changed the plan to add five more.

Against the backdrop, Korean businesses are expected to make more investments in the U.S. down the road.

In February, Biden ordered a review of global supply chains for four products: semiconductors, EV batteries, pharmaceuticals and rare earth elements. After the result of the review is announced in June, some companies may find it even more difficult to export their products to the U.S.

For instance, the U.S. might impose high import tariffs on batteries or semiconductors produced outside the U.S. and provide EV subsidies only to vehicles manufactured within the country. If the U.S. reinforces its “Buy American” strategy characterized by the phrase, “Made in all of America,” companies will inevitably have to build production bases in the U.S.

There are also concerns that Korean companies’ massive investment in the U.S. will cut back investment and quality jobs in Korea. The “Buy American” policy has the underlying purpose of blocking China from rising as a technological power. It could place a burden on Korean firms, which depend heavily on both the U.S. and China.

Biden’s policy could provide an opportunity to Korean companies but also reduce investment and jobs in Korea. An analysis shows that Biden’s economic policy to reverse Trump’s trade protectionism will increase Korea’s exports by 2.2 percentage points and its growth by 0.4 percentage point. The U.S. government’s strong economic policy against China, on the other hand, may cause trouble to Korean companies that have their processing trade bases in China. The Beijing government may put strong pressure, visibly and invisibly, on Korean firms that expand their investment in the U.S. It may seem urgent for the firms to devise proper countermeasures.

Korea may benefit from the U.S.-led economic policy but face some risks at the same time. It seems necessary to come up with an effective strategy to minimize potential damage from the risks.