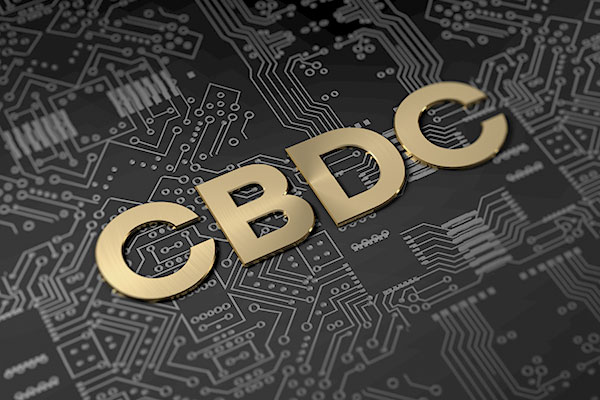 The Bank of Korea will carry out a mock test on the feasibility of a central bank digital currency or CBDC. It does not mean any impending CBDC issuance, but the experiment itself certainly merits attention.

A CBDC features blockchain technology, just like private-sector cryptocurrencies, including Bitcoin. But a CBDC is issued by a central bank and its unit is equal to that of the existing currency, so its value does not fluctuate as wildly as that of virtual assets. Central banks in major economies such as the U.S. and the U.K. are conducting research on CBDC, while China has been testing its own digital tender since last year.

Here is economic commentator Chung Chul-jin to discuss exactly what a CBDC is and how the introduction of the new digital currency may change our lives.

Before money, bartering was used as a means of exchange. Later, coins and paper money appeared. Lately, new forms of currency such as credit cards and services like Apple Pay and Google Pay are in use. CBDC is a next-generation currency, which is used online. The digital currency is based on distributed ledger technology, like existing cryptocurrencies.

In this fashion, we’ll see a change in the way money is provided. Our task is to how to carry out research and test on the new currency and how to actually put it to use.

The Bank of Korea announced a detailed plan about its digital currency test program on May 24, more than a year after it started research on CBDC issuance in February last year. Under the plan, the central bank will pick a private operator of the test and start the pilot program in a virtual environment in August with a budget of 4.4 million US dollars. Until the end of this year, the testing will be focused on CBDC’s basic roles, including issuance, distribution and redemption. In the following six months, the test operator will check if the CBDC can be used for overseas remittance, if users can pay with the CBDC in an offline environment and if it can protect personal information.

In fact, Korea is not the only country that considers introducing a digital currency.

China has already been testing a digital yuan in two cities, while the U.S. Federal Reserve recently said it plans to release a research paper on a digital dollar this summer. That was big news for many people. There are reports about “Britcoin” based in the U.K., and Japan’s central bank has reportedly made a lot of preparations for a pilot program for a digital yen. In Europe, Sweden is said to be preparing to issue its CBDC. It seems many countries around the world have learned the theory of a digital currency, in the belief that it will become a reality in the future.

There are multiple reasons why governments around the world are rushing to prepare for the possible CBDC introduction. It costs far less to issue, circulate and manage digital currencies than conventional ones. Also, governments can perceive the flow of money through the massive volumes of data so they can manage it more easily and detect any illegal activities such as money laundering and tax evasion.

The distribution of digital currencies may give rise to new monetary systems that are more inclusive of people who have been financially excluded.

Some individuals have been marginalized financially. Major economic topics these days include the Modern Monetary Theory and the idea of a Universal Basic Income, which calls for the government to give basic income to all people without discrimination. When paying all individuals subsidies, the government may directly transfer money to their own respective digital wallets, through which the government can also collect tax. In line with the changing trends in monetary systems, the digital currency issue is drawing greater attention.

Governments are aggressively preparing to issue CBDCs as a countermeasure against private-sector cryptocurrencies. Governments and central banks in many countries have recently warned of the risks of the cryptocurrency market, which has drawn a huge amount of money. Cryptocurrencies do not produce added value, so crypto trading is not considered an investment but a mere speculative bet. Also, governments regard rampant cryptocurrency-related illegalities as a serious problem.

The value and status of cryptocurrencies, including Bitcoin, have been falling lately, due to tough regulations on cryptocurrency mining and trading in China and the U.S. In this situation, the issuance of CBDCs with greater security and reliability is expected to cause the private crypto market to contract even further.

Other analysts, in contrast, predict that crypto coins will certainly find their purpose in the private sector, so CBDCs and cryptocurrencies will go together. Dollars are in wide use, but the gold market still remains. Likewise, the digital dollar and crypto coins, which are otherwise described as “digital gold,” may co-exist. Of these two different theories, it remains to be seen which one will prove correct.

There are also concerns that governments might exploit CBDCs for the illegal purpose of monitoring and controlling people. Issued by governments, CBDCs only exist online and all CBDC transactions are recorded in government computers. That means central banks can look into where the money was used. In that case, it is doubtful that CBDCs can be completely free from suspicions of illegal surveillance of citizens.

It is believed that blockchain technology is safe, but there are still many issues to be considered, including the risk of counterfeit currencies, before the introduction of digital currencies.

The Bank of Korea has to draw up a big picture of research and testing of a digital currency and enhance convenience for local IT companies. Lawmakers need to discuss ways to protect citizens’ privacy and enact relevant laws, while the government should examine how to control private cryptocurrencies. Industries, for their part, should prepare for platforms needed for the new method of payment, and each business sector will have to find ways to embrace the new currency. Various sectors of society need to make their own preparations.

A CBDC is regarded as a double-edged sword, since it does have advantages, but it is not without concerns at the same time. Most of all, the general public is not very aware of the digital currency, although CBDC discussions are in full swing.

Unlike virtual currencies or mobile payment services offered by private firms, a CBDC could serve as the official currency of a country. In this respect, it seems necessary to make greater preparations to reach a social consensus on the CBDC issue before the full-fledged introduction of the digital currency.