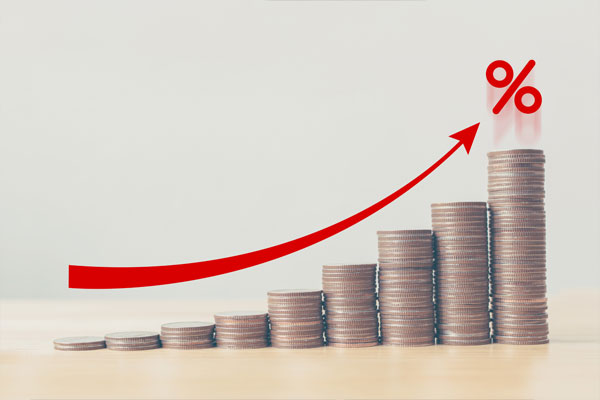 The Bank of Korea or BOK might raise its benchmark policy rate earlier than expected. Initially, it had been widely believed that the central bank would carry out a rate hike in the second half of next year at the earliest. But BOK Governor Lee Ju-yeol’s recent remarks signal a possible rate increase within this year.

On a similar note, the U.S. Federal Reserve has mentioned a rate hike for the first time since the start of the COVID-19 pandemic. Fed officials forecast the benchmark rates at 0.5 percent in 2023 from the current near-zero level.

Attention is drawn to the repercussions of a possible increase in key interest rates in Korea and the U.S. Here is Kim Dae-ho, director of the Global Economic Research Institute, with more.

The interest rate is one of the most important factors that affects the economy. Any change in the rate, whether it rises or falls, has a significant impact on economic players. Countries around the world, including South Korea, have maintained a trend of ultra-low interest rates, especially since the beginning of the pandemic.

But the era of low interest rates, or the era of monetary easing, seems to be coming to an end, with the countries ready to raise the rates again in a shift to monetary tightening. As if on cue, BOK Governor Lee Ju-yeol has recently hinted at the possibility of a rate increase within the year at an event commemorating the central bank’s 71st anniversary.

The Bank of Korea seems to believe that conditions for a rate hike have been formed to some extent. The Korean economy is recovering faster than expected. The country’s GDP grew 1.7 percent in the first quarter from the previous quarter and its exports jumped 45.6 percent in May from a year earlier. As Korea’s vaccination drive against COVID-19 is picking up pace, both domestic demand and private consumption are showing signs of reviving.

Growing concerns over inflation are also prompting the BOK to consider lifting its interest rate. Keeping inflation under control is one of the most crucial tasks of the central bank. In a disturbing sign, though, consumer prices show an upward trend, rising over 2 percent for two consecutive months.

Judging from the figures, an interest rate hike may sound reasonable. For the same reason, the U.S. is also forecast to raise its key interest rates earlier than initially projected.

The U.S. is also concerned about rising inflation. Amid the pandemic in 2020, many people lost jobs and companies faced difficulties. To help them out, the U.S. government slashed the interest rates practically to zero, meaning that borrowers don’t have to pay the interest. In addition to such a drastic measure, the U.S. adopted a monetary policy of quantitative easing, in which the central bank purchases securities with the purpose of increasing the supply of money. Those measures are believed to prove effective in some way. Recently, U.S. consumer prices have risen sharply, while its unemployment rate has fallen.

Now the country seems to be considering increasing the interest rates before consumer prices go up further, indicating a shift in its monetary policy.

On June 16, the U.S. Federal Reserve announced its decision to keep its key interest rates unchanged. But what drew greater attention was its clear signal of lifting the rates faster than expected. It predicted that the interest rates would be raised twice in 2023, contrary to its previous projection that there would be no rate hikes until that year.

The possible rate increase or a hawkish turn in monetary policy in the U.S. is already attracting worldwide attention, since the change will have a major impact on the global economy. Korea’s central bank also seems to be preparing for some preemptive measures.

The impact of the pandemic in Korea was not as big as in the U.S. last year, while the Korean economy is recovering faster than the U.S. economy this year. Given that, Korea doesn’t necessarily have to lower its interest rate. Also, Korea’s consumer prices are rising more rapidly than those in the U.S. That’s why analysts are calling for Korea to raise its interest rate ahead of the U.S.

For Korea, the U.S. Fed’s monetary policy is like a difficult exam question to solve, as it has to choose the right time for its own rate hike. If Korea raises the rate before the U.S., Korean exporters will lose their competitiveness due to the appreciation of the local currency. But a belated rate hike will stoke concerns of inflation and might trigger an outflow of foreign investment. Therefore, it is important to make timely moves when deciding on a rate increase.

The BOK is anxious about whether it should raise its interest rate before the U.S. It would be ideal that a rate hike occurs almost simultaneously in the U.S. and Korea so both countries can cool the overheated economy and bring inflation under control, while minimizing the shock from the rate increase. But the BOK has to consider the fact that Korea’s economic recovery is faster than the U.S.’s. The BOK monetary policy board will make a decision, in consideration of macroeconomic indicators both in Korea and the U.S.

Another key concern is how to reduce the shock from the envisioned rate hike, which will place an even heavier burden on indebted households and companies still struggling with the pandemic. Analysts are calling for the government to manage those vulnerable groups effectively before raising the interest rate.

Household debt is increasing at an alarming rate. Once the BOK raises the interest rate, the trend will continue for some time. For instance, a rate hike may occur two to three times a year. If borrowers fail to pay back debt, they will end up becoming credit delinquents. Also, a rate hike is not good news for the stock market. When interest rates rise, companies and consumers will reduce spending to cause earnings to decline and stock prices to fall. With the economy improving now, a rate increase will not lead to a stock market crash right away. Still, it could be an unfavorable factor for the stock market. The BOK is unlikely to raise the interest rate anytime soon. But there are clear signs of a rate hike, so it’s necessary to prepare for that in advance.

With the central bank considering an earlier-than-expected rate increase, it is urgent to come up with proper countermeasures for the soft landing of the economy. The monetary authorities need to carefully examine economic recovery, inflation. They also need to understand the people and businesses that are vulnerable to rate changes before deciding on a time frame for a rate increase.

Households and companies should also make their own efforts to prepare for the change. In the process, smooth communication among the economic players will be essential.