"Looking for a Horse" by Lee Sun-won 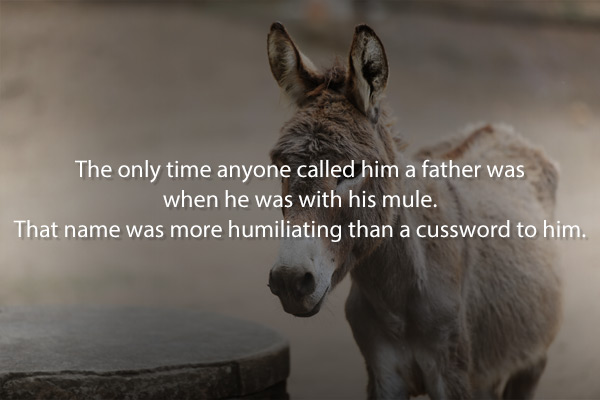 My uncle was over forty years old but didn’t have any children. It had been more than 15 years since he got married, but his wife had never bore him a child. The only time anyone called him a father was when he was with his mule. That name was more humiliating than a cussword to him.

His mule was named “Eunbyeol,” a silver star. The animal had reddish-brown fur and a star-like patch of white hair in the middle of its forehead.

Su-ho found out that his aunt was infertile when he was in fourth grade. His relatives decided for the boy be a foster son to his uncle.More shameful than being a foster son was being the foster son of the mule daddy.

“We’re not telling you to live there forever. You just need to host their memorial services later.”

But it wasn’t up to me. When my grandfather passed away unexpectedly that autumn, I had to dress up in hemp funeral clothes and take up the role of the only son of my uncle’s family.

Even after that, I kept saying that I won’t become a foster son. I didn’t want to be anyone’s foster son, let alone the foster son of a mule daddy.

Even the village’s ox cart driver looked down on my uncle and called him a mule daddy, so imagine what other people thought of him.

“I will never be a foster son, so tell him to take it back.”