Songs associated with the sea and saillors 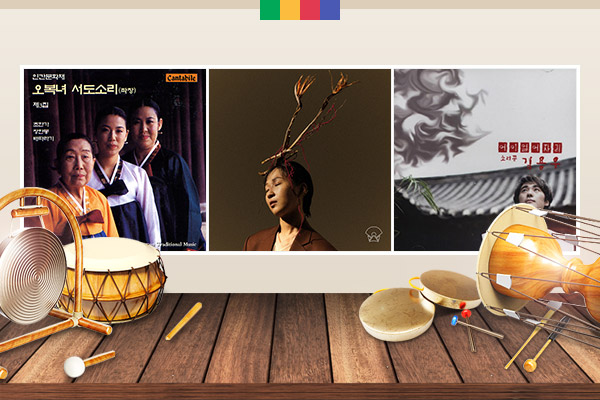 The word “Baettaragi배따라기” calls up in most Koreans’ minds a novel of the same title written by Kim Dong-in. The story describes a trivial misunderstanding between two brothers that drives the older brother’s wife to take her life and forces the younger brother leaves the town. But the older brother realizes his mistake and goes off to find his brother by following the sound of Baettaragi his brother used to sing. The term “Baettaragi” means that a boat is sailing off and it used to be a song about the lives of fishermen in the Pyeongan-do region. The sea was a very unpredictable and dangerous place in the old days when there was no weather forecasts or maritime search and rescue teams. Imagine how frightened fishermen and sailors must have been when they had to rely on wooden boats to sail the vast seas. The song “Baettaragi” describes how a fishing boat sails off and sinks in a storm and how one of its crew gets miraculously rescued and returns home after three years. The surviving sailor is glad to be home but his heart is heavy as he has to deliver the bad news of his fellow fishermen’s deaths to their families. He makes a vow to his parents and wife that he would never work in the sea again. Here are Oh Bok-nyeo, Shin Jeong-ae and Yu Ji-sook singing “Baettaragi” for today’s first song.

The entire song takes 20 minutes to perform, so we heard just up to the part where the boat meets the storm and everyone except one fisherman drowns. Late Joseon-era scholar Park Ji-won박지원 got a chance to hear “Baettaragi” while on his way to Beijing as a member of a diplomatic delegation and wrote down in his journal that it was the saddest parting song he had ever heard. It was quite commonplace for seaside villages to hold shaman rituals to wish for safe return of fishermen and abundant catches. With their livelihood depending on the capricious sea, they had to resort to whatever means at their disposal, such as praying to the sea god or to supernatural beings, to ensure the safety of their loved ones. Over the course of Korea’s modernization, however, these traditional shaman rituals were maligned as superstition, eventually leading to the gradual decline of this Korean heritage. Nonetheless, the tradition of shaman rituals or gut굿 has been preserved quite well in the seaside regions. Lately young musicians have written new music pieces inspired by these gut ceremonies. “Eheora Ssunggeoya에허라 쑹거야” was a song from the western coast performed during a shamanistic ceremony asking for blessings. Gugak ensemble Chudahye Chagis sings a modern arrangement of “Eheora Ssunggeoya.” Judging from the song’s popularity among the young people, shaman ceremonial music appears to have infinite potential for mass appeal.

Boats with full loads of fish would return to the port with a flag called “bongjuk봉죽” raised high and music playing. “Bongjuk,” which means a bamboo tree calling to a phoenix, is a long bamboo pole about two or three meters long with one end split into several splinters and flowers are stuck on each one. The phoenix, the bird of prosperity and peace, was said to eat only bamboo fruits, so hoisting a bongjuk represented a big catch bringing a time of prosperity and peace. Villagers in turn would welcome the fishermen with cheerful music and plenty of food. Presumably, fishermen returned to the sea despite the danger because they could not forget the happiness they had felt upon returning home with a full load. This week’s Sounds of Korea concludes with Kim Yong-woo singing a passage from “Punggi Song of a Big Catch.”