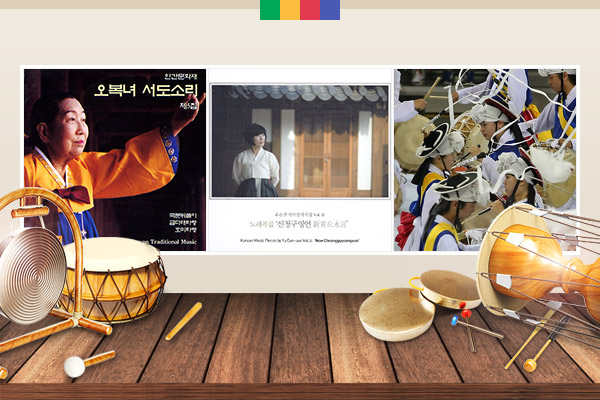 People have traditionally looked down on shamanism as superstition, but today shamanistic belief has earned its place among Korea’s religions and the name “mugyo,” meaning shamanistic faith. Shamanistic ritual called “gut굿” is now seen as a religious ceremony much like the Buddhist prayer service or Catholic Mass. But what sets gut ceremonies apart from those of other religions is the variety of gods involved in the ceremonies. In traditional Korean shamanistic faith, there is a range of diverse gods, such as ancestor spirits, household gods and even the god of steel and wealth. Jeseoksin제석신 god is among the Korean gods worshipped by the shamans.

In ancient India there was a god named Indra, the deity of the heavens who controlled rainstorms and thunder and lightening. Indra was an important god in India since the weather in the region was divided into dry and wet seasons. It was no surprise that Indra was the most powerful and revered god in India. But once Buddhism took root in India, Indra was incorporated into the religion as a god that defends Buddha’s laws. When China adopted Buddhism and translated Indian Buddhist scriptures into Chinese, Indra was translated as “Jeseokcheon,” which later on was embraced by Korean traditional faith as a god that oversees longevity, good fortunes, fertility and prosperity. This is why the jeseok gut service is held when wishing for health and long, prosperous life. Also, the costumes and songs of shaman priestesses indicate Buddhist influence. Today’s first piece is “Frequent Jeseokbangah,” a song for the jeseok ritual from Pyeongan-do Province. Today’s version is sung by Oh Bok-nyeo.

The jeseok gut ritual in the Pyeongan-do region often involved a simulation of rice pounding. The song we heard just now is a sort of a prayer that calls out the name of ten great gods overseeing the netherworld and begs to be spared from Hell. One should live a life of good deeds if one wants to avoid being sent to Hell. Buddhist prayer songs often contain teachings that an individual would be rewarded if he lived a life of kindness and generosity. Buddhism was first introduced to the Korean Peninsula during the Three Kingdoms era. The faith has long provided comfort and spiritual guidance to the Korean people and impacted their thoughts and lives in a significant way. It goes without saying that Buddhism also influenced Korean music and art. Next song is “Seungmu,” meaning Buddhist dance, based on the poem of the same name written by poet Cho Ji-hoon. Today the song, composed by Yoo Eun-seon, is sung by Park Ae-ri.

Poet Cho Ji-hoon is said to have been inspired to write this poem when he saw Buddhist monks dancing in a big ceremony at Yongjusa용주사 Temple in Hwaseong화성, Gyeonggi-do Province. Unlike secular dances that depict all the emotions of life, the monks expressed the teachings of Buddha with their bodily movements, turning dance routines into spiritual training. The music or songs accompanying these dances were also written to spread the teachings of Buddha. Buddhism was oppressed during the Confucian-principled Joseon era, so it wasn’t easy to fund big Buddhist projects like building a temple. This situation gave rise to traveling dance troupes that belonged to temples and asked for donations in place of monks. Thanks to these traveling performance groups, Buddhism ended up leaving its mark in folk arts as well. Among the touring celebrity bands was a group of female entertainers called “Sadangpae사당패.” Later, an entertainer group comprised of only males called “Namsadang남사당” emerged and presented various forms of entertainment from puppet shows and band music to rope-walking and mask dance. This folk performance tradition almost disappeared in the 1960s but the descendants of Namsadang developed a new type of music genre for indoor folk performance, which has evolved to what is now known as samulnori사물놀이. Coming up next is “Utdari Farm Music” performed by Korea’s first samulnori band of Kim Yong-bae, Kim Deok-su, Lee Gwang-su and Choi Jong-sil.