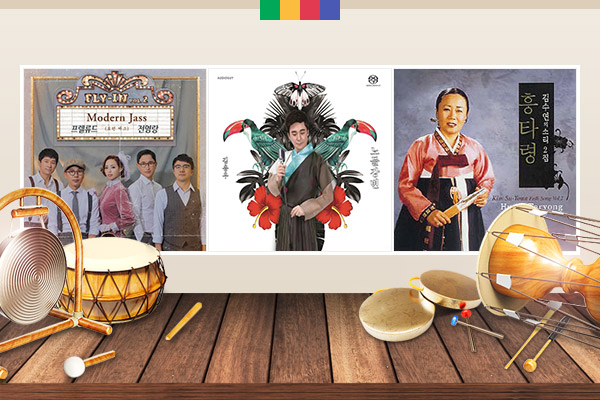 There was a famous comedic storyteller named Shin Bul-chul신불출 during the Japanese colonial period. These comedians specializing in telling funny stories were like today’s stand-up comics as they make fun of the world. Shin Bul-chul was so popular that he had his own performing troupe. He was originally a stage actor and playwright, but ever since he was arrested for criticizing the Japanese colonial government, he switched his profession to a storyteller that makes fun of the world’s absurdities. One of his famous friends was Moon Ho-wol문호월, a very famous composer of the time, who accompanied Shin Bul-chul on an outing. Back in those days, small ferryboats used to take people across the Han River. It was a beautiful spring day with balmy winds blowing gently among the willow trees along the river and boatmen singing as they rowed their boats. Contrary to this peaceful springtime scene, however, the Korean people were deep in despair. Realizing the cruel irony of the time, the two friends went to a bar and started making a song. Shin wrote the lyrics while Moon worked on the tune. Later, a singer named Park Bu-yong recorded the song and released it. That song is “Nodeul Gangbyeon노들강변” known as a Gyeonggi-do folksong. Today we will listen to a version performed by Jeon Young-rang and Prelude.

The “” sung by Park Bu-yong was, specifically speaking, a pop song rather than a folksong. It was so popular that everyone knew it and sang it, causing the song to take root as a folksong. There are quite a few folksongs that were written during or after the Japanese colonial period, just like “Nodeul Gangbyeon.” Such folksongs that were written in the early to mid-20th century are called “shinminyo신민요” or new folksongs and “Taepyeongga태평가” of the Gyeonggi-do Province is one such example. This song was originally written by Jeong Sa-in정사인, who used to play the flute in the Korean Empire Military Band. It was then recorded by gisaeng-turned-diva Seonwoo Ilseon선우일선 and released in 1935. It was based on a traditional beat, but it had a waltz-like vibe and was accompanied by western musical instruments. During the Korean War, master singer Lee Eun-ju, who had fled to Daegu, made a few changes to make her own version. The public, tired of the war and ensuing tragedies, raved over the song that encouraged people to find joy in their lives because fretting or getting angry wouldn’t do anyone any good. “Taepyeongga” then became Lee Eun-ju’s most famous hit. Today’s “Taepyeongga” is a jazz version sung by Kim Yong-woo.

Many new folksongs from the Gyeonggi region were released during the Japanese colonial period. New folksongs from the southern region were turned into stage productions following Korea’s independence in 1945. Up until then, most of the traditional opera companies were comprised only of men. Female singers had very few roles to play and had a hard time living and traveling with other male performers. So, after the liberation, a few female singers formed their own group to perform traditional operas. Instead of the five major pansori pieces, they created new productions based on old Korean tales. They had to write new songs to tell new stories and as the popularity of the all-female opera company grew, so did the popularity of these new songs. Next we’re going to enjoy “Dongbaek Taryeong” or “Camelia Song,” one of the new folksongs from the southern region written by the female opera singers. Master practitioner of ‘”baltal” Jo Young-sook is known to have written the lyrics in her late 20s. Baltal, which literally means foot mask, is a puppet show in which the puppets or masks are worn on the feet of a performer, who performs while lying on his back and with his legs straight up. The song was written by the ajaeng아쟁 virtuoso Han Il-seop한일섭 who wrote numerous other new folksongs. Today’s “Dongbaek Taryeong” is sung by Kim Su-yeon.