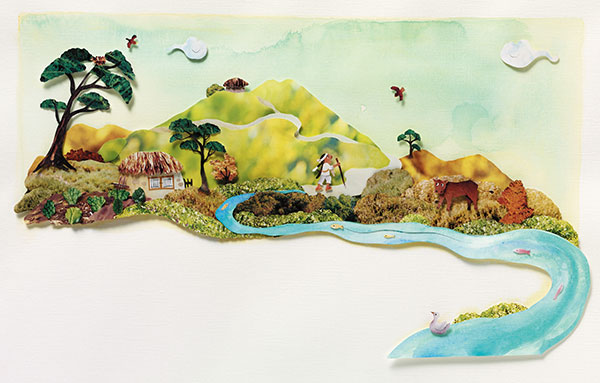 Once upon a time in Korea, there lived in a village two brothers.

The younger brother was nice and gentle, but the older one was mean and greedy.

After the older brother kicked him out, the younger brother worked day and night to take care of his widowed mother. 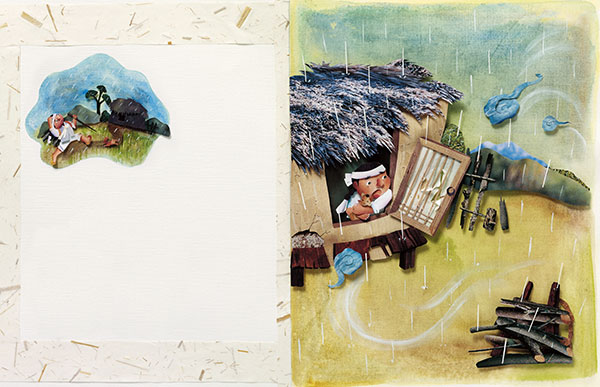 The younger brother, out in the woods to chop some firewood, put some hazelnuts in his pocket and stood up to go home. But it began to rain all of a sudden.

“That looks like a house. I’m going to head over there.”

It was getting dark outside when he heard a strange sound coming from outside. 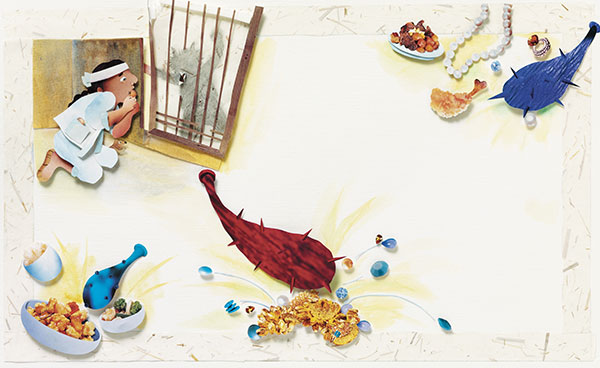 Amazingly, plates of mouth-watering roasted beef ribs and japchae appeared when they beat on the floor with their clubs while singing that song. But when the younger brother saw how much the dokkaebis, or goblins, were enjoying the food, he grew very hungry. That was when he remembered that he had several hazelnuts in his pocket. He took one out and bit down on it.  Fearing that he would soon be found out by the goblins, the younger brother recalled what his mother had told him.

“Okay, the goblins should go away when the rooster crows at the first light of the morning. Hm, hm. Cockadoodledoo!” 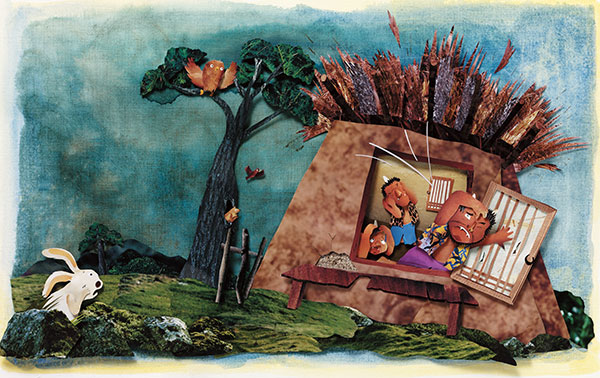 The dokkaebis stopped what they were doing and ran away at the crowing sound. He took a goblin club that they left behind and headed home.

The younger brother told his mother about what happened overnight at the deserted house and he mimicked the dokkaebi song and dance.

“This is such a big house. I can’t believe it.”

“Mother, now we don’t have to worry about our next meal.” 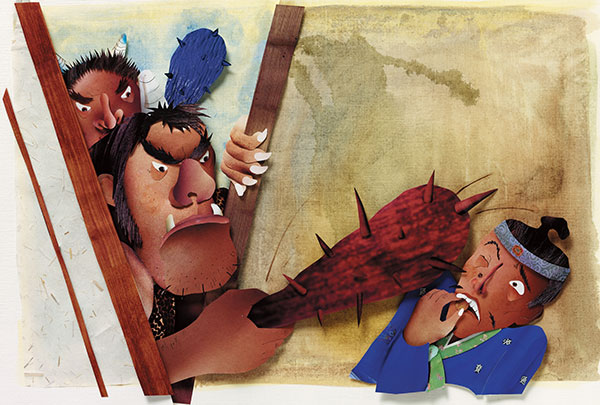 After hearing about the goblins and their magical clubs, the older brother hurried to the mountain and hid in the attic.

“That’s the guy from the other night. The guy who stole our club.”

The dokkaebis beat on the older brother with their clubs. They left only when they heard the sound of a rooster crowing. 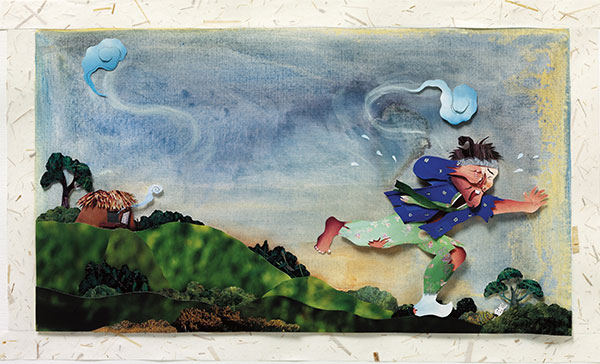 The older brother cried all the way to his younger brother’s house.

You can all guess what happened afterward, right?

The two brothers lived happily ever after while they argued whose turn it was to care for their mother.