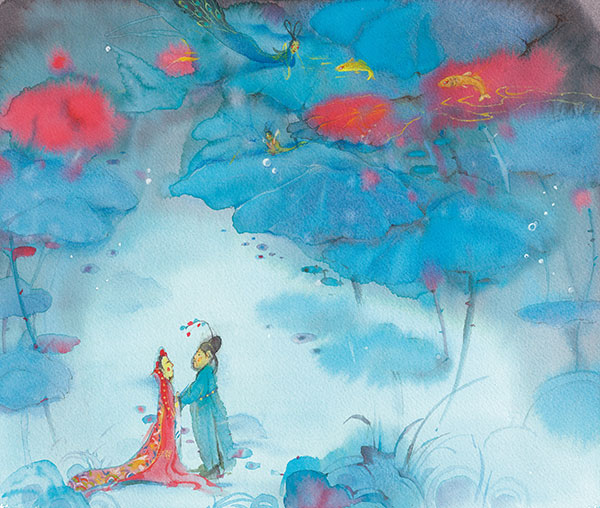 A long, long time ago, the Great Jade Emperor of Heaven had a lovely daughter named Jiknyeo.

Her name meant “weaver” and living up to her name, she was the best weaver in the heavenly kingdom.

When Jiknyeo grew old enough to get married, court officials suggested Gyeonwu who lived down by the Milky Way as Jiknyeo’s husband.

The name Gyeonwu meant “cattle herder’ and true to his name, Gyeonwu was a very good cattle herder.

Gyeonwu and Jiknyeo fell in love with each other at first sight. 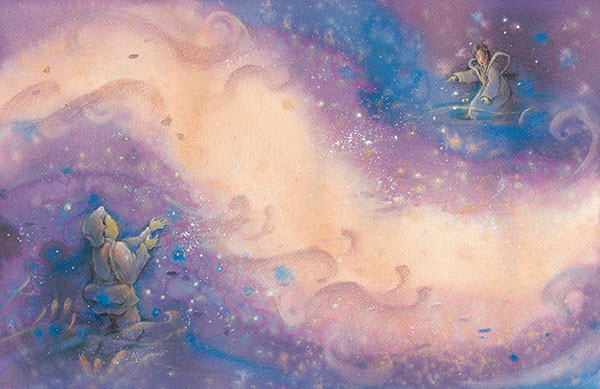 Their love grew even stronger after they got married, but they started neglecting their duties to spend time more with each other. The Great Jade Emperor eventually found out about their absence.

“You broke your promises, so you will have to accept your punishment!”

The tearful Gyeonwu and Jiknyeo begged for the Jade Emperor’s forgiveness, but he was cold and adamant.

“From now on Gyeonwu will be banished to the East Sky and Jiknyeo to the West Sky. Repent your sins while doing your work.” 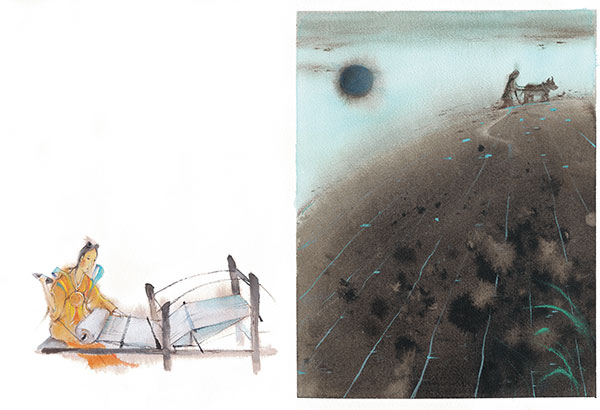 The two cried as they each left for their places of exile. But they had one thing to look forward to.

Gyeonwu and Jiknyeo worked hard while waiting for this day to come. 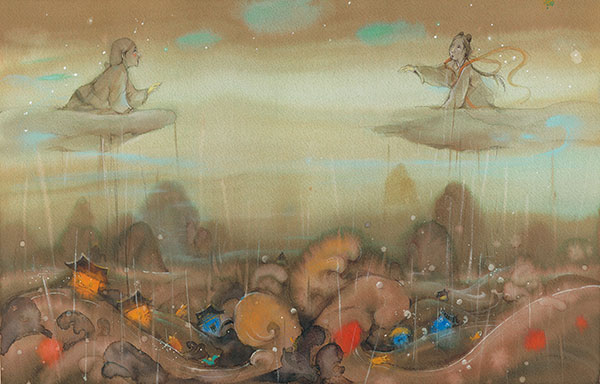 July 7th finally came. But alas! The long and wide Milky Way was flowing between them with no boat or bridge in sight, keeping them apart. The tears shed by the two became rain and fell down to earth.

Every July 7th when Jiknyeo and Gyeonwu came to see each other, their tears would fall as heavy rain on earth and cause a big flood.

Their tears would sweep away the crops and trees, leaving no food for animals and humans. So one day, the starving forest animals held a meeting.

“How about we serve as a bridge across the Milky Way?” 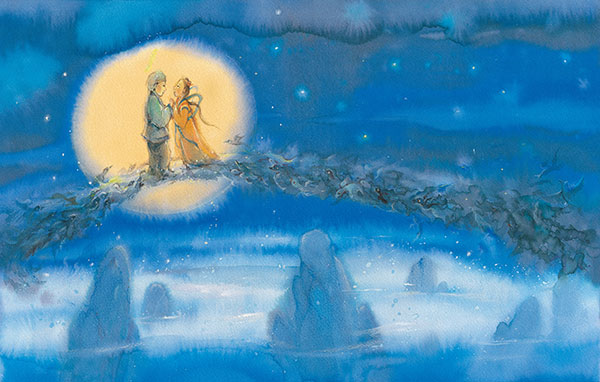 ⓒ YEOWON MEDIA HANKOOK GARDNER CO. LTDJuly 7th came around again. Flocks of magpies and crows showed up out of the blue and started lining up to form a long bridge over the Milky Way. Gyeonwu and Jiknyeo stepped on the bridge and met at the halfway point.

The bridge made by magpies and crows is named “Ojakgyo.”

Every year, on July 7th, the magpies and crows flew to the Milky Way to make a bridge for the two lovers. 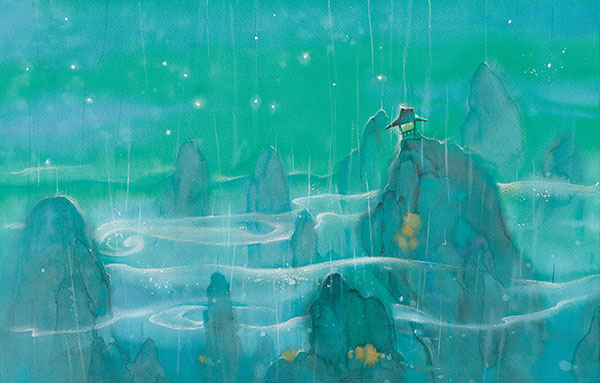 So remember, if it rains on July 7th, the raindrops are the tears of Gyeonwu and Jiknyeo.