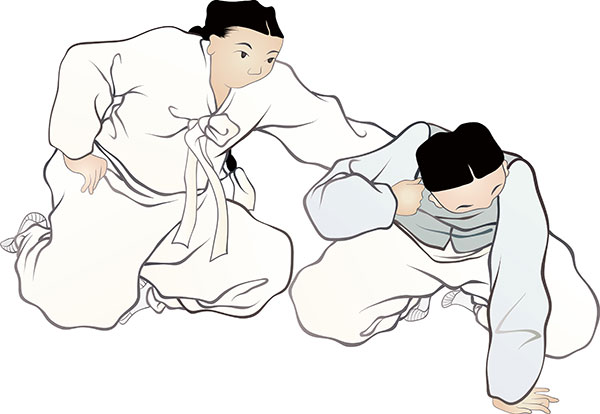 Once upon a time, in a small village, there lived a couple and their two sons. The younger boy was selfish and greedy while the older boy was kindhearted and generous. One day, tragedy struck and both parents passed away.

The younger boy’s personality didn’t change at all as he grew older. 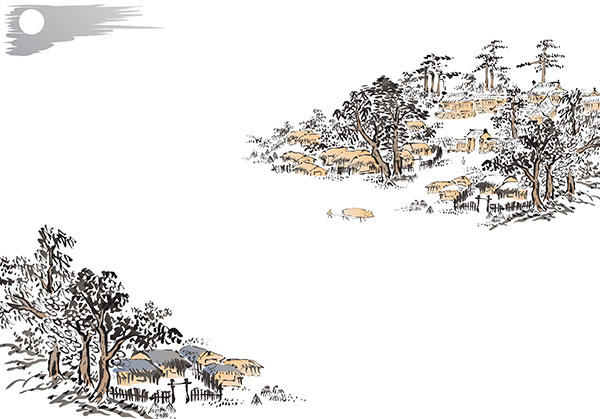 The village suffered a bad harvest that year, leaving them with very little to eat. The two were forced to go begging for food.

“Brother, why don’t you go to the village with thatched roofs, and I'll  go to the one with tiled roofs?”

“Sure. I will meet you back at home.”

The older brother arrived at the village with thatched roofs, happy that his younger brother would be well fed. There was a big celebration underway.

He had his fill and even got a big basket of food to take home.  Meanwhile, the younger brother who had gone to the village with tiled-roofs didn’t get anything to eat.

Furious that his older brother got good food while he remained hungry, the younger brother lashed out at his brother and attacked him with a tree branch. It slashed one of the older brother’s eyes, blinding it. 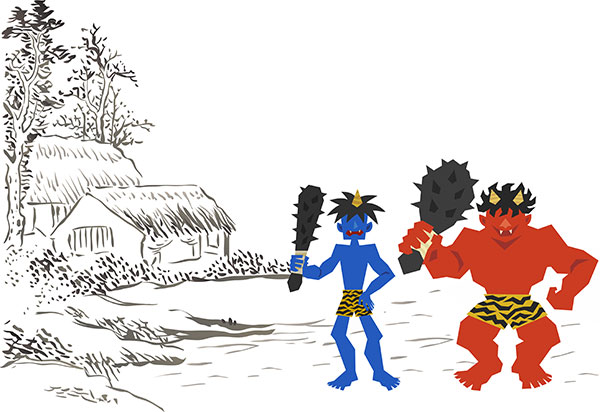 The older brother left home. In the middle of a bamboo forest, he saw an empty house with his one good eye and decided to spend the night there.

When he was about to fall asleep, he heard voices from outside.

The voices belonged to dokkaebis. The older brother quickly hid in the attic. He could soon hear the dokkaebis entering the house and talking among themselves.

The older brother came down from the attic after making sure that the dokkaebis were all gone.

"So I can get my sight back if I washed my eyes with the spring water in the northern mountain. Also, the official Mr. Kim’s daughter’s illness can be cured by catching a centipede with a pair of metal chopsticks and frying it in perilla oil, and the tree at the village entrance can be saved by removing a big chunk of gold blocking the waterway."

The younger brother had become ill and was near starvation.  In spite of everything that had happened to him, the older brother nursed his younger sibling back to health. Realizing how awful he had been, the younger brother repented and asked for his brother’s forgiveness.

Being the kindhearted man that he was, the older brother took him in and they lived happily ever after.