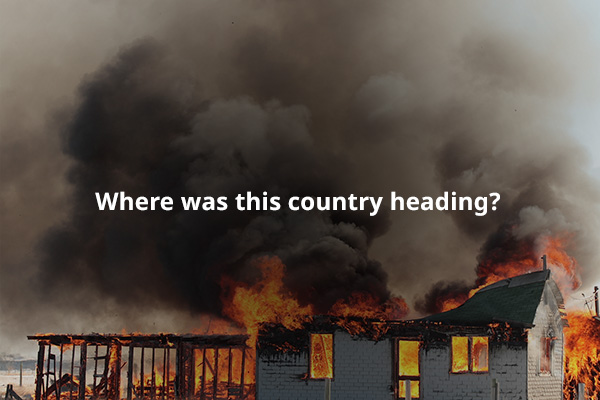 After graduating from college, Kim Taek-gwang was sent to Sepo세포office under the Wonsan Chapter of the Hamheung함흥 Railroad Management Bureau, as a member of the Three Revolutions Team or TRT.

The newspaper article said that Kim Taek-gwang took care of everything in order to ease the worries of Kim Il-sung and Kim Jong-il who could never rest easy over the country’s rail transport.

Kim Taek-gwang led the effort to form a unit of rail workers for railroad tie production.

One day, while they were working tirelessly to produce railroad ties, they discovered that their sleeping quarters were on fire.

By the time they arrived at the dorm, the roof had almost caved in. Kim Taek-gwang thought for a moment and then ran into the fire.

It was back in the freshman year of Railroad College when the two men had first met. They were taking part in an inter-departmental Chinese chess competition. Park was a novice chess player, while Kim was so good that he was practically invincible.

But to everyone’s surprise, Kim Taek-gwang lost the match. It had been nothing but Kim’s empty boast.

While living, Kim Taek-gwang had consistently behaved in a way that seemed to run contrary to what the Party wanted, but he was turned into a hero after his death by the Party. That was because he was a member of the TRT, a small group of scientists, technicians, and intellectuals whom the regime sent out to farms or factories to help and teach farmers and laborers in the 1970s. They were sent out to watch people for the government, which was why the officials were forced to beautify Kim Taek-gwang’s death, to hide the truth to protect their authority. The story’s title is “A Short Biography of Kim Taekgwang,” which entails telling the truth about a person’s life. But this biography is a fake one, showing how a troublemaker is turned into a hero after death. It also shows the dark side of the North Korean society where Kim Taek-gwang used to live in.

They were cutting down trees to be used for railroad ties. That was when someone shouted that the dorm was on fire.

By the time they arrived at the scene, it was way too late.

Nobody seemed to have died from the fire but then they discovered a body in a tiny room used for storage. The body was Kim Taek-gwang.

“You mean Kim Taek-gwang never went up to the mountain?” (Sang-sun)

“A TRT member wouldn’t go up to the mountain. It would be cold in the woods and the work would be hard. He also wouldn’t deign to work with the laborers. The truth was that he had too much to drink the night before and was sleeping it off in the storage room.”

It was preposterous. Sang-sun tasted something bitter in his mouth.

Kim Il-sung and Kim Jong-il would turn a reprehensible conman into a hero if that could publicize the greatness and wisdom of their leadership.

Where was this country heading? The more he thought about it, the more hopeless he became.

Debuted with "The Korean Novelists Association's Featured Novels (Where Is Life?)"