Chuseok blessings for family and friends 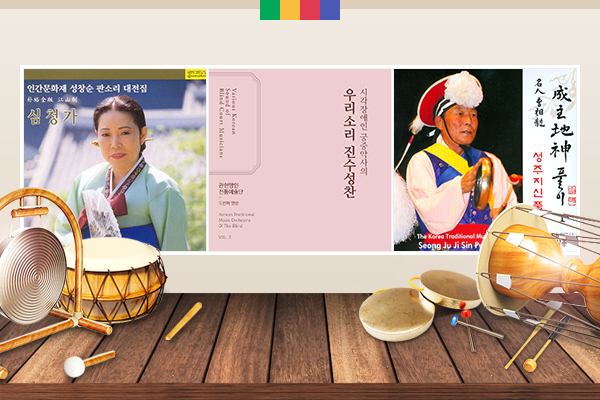 Today is ‘baengno백로,’ the time of the year when autumn dews start forming, and tomorrow is the beginning of the Chuseok holiday. Holidays haven’t been the same since the pandemic started. People tend to shy away from traveling lest they should spread or catch the virus. But we still miss visiting our families and friends when holidays come around. The first song we have for this week’s Sounds of Korea is an aria titled “Chuwolmanjeong추월만정” from pansori “Simcheongga심청가.” After Simcheong is rescued from the sea and becomes empress, she sings this song one autumn night as she watches a flock of geese flying toward their home, which reminds her of her blind father. The full moon of autumn shines its silvery light into Simcheong’s room, and the mournful chirping of crickets makes her heart grow heavy. She steps outside to see the birds flying and thinks maybe she can ask the geese to take a letter to her father. She hurries into the room to write a letter, but her tears fall on the paper to blur the letter and turn it into a black and white ink painting. She nevertheless folds the letter and hurries out of the room only to discover that the geese have flown away, leaving only the bright full moon in the sky. Listen to this song as you imagine Simcheong’s heartbreak. Here’s pansori master Sung Chang-sun singing “Chuwolmanjeong.”

Next up is a sichang piece titled “Gwansanyungma관산융마.” Sichang refers to a poem set to music, and “Gwansanyungma” is a poem written by a late Joseon poet named Shin Gwang-su신광수. Shin was inspired by Chinese poet Du Fu from the Tang Dynasty. Du Fu wrote a poem about the loneliness he feels in his old age. Shin imagined the Chinese poet’s lonely existence and came up with “Gwansanyungma.”

The autumn river is so silent that even the fish feels cold.

A person stands alone on Jungseonru Pavilion in the westerly wind.

Plum blossoms fill the world and the sound of piri is heard at dusk.

For the remainder of my years I will rely on my cane and follow the white dog.

Thus began Shin’s “Gwansanyungma,” which will be sung by Lee Hyun-ah today.

Next song we have for you is “Dangsanpuri당산풀이.” In the old days, there used to be a place called Dangsan at each village. Dangsan referred to a place where the village’s guardian god resided. Dangsan could be a mountain, like its namesake, or a big, ancient tree. The guardian god could be an old man or an old woman, often called Grandpa or Grandma Dangsan. On traditional holidays or important occasions, villagers would gather at Dangsan to hold memorial services or shaman rituals. Once the ceremonies are over, people would play music and have fun. The song performed during this celebration was “Dangsanpuri.” People in ancient times used to believe that each room in the house had its own god that would protect the given space and the people who occupy it. Seongju성주 god’s domain would be the living room and Jowang god would look over the kitchen. Even doors and bathrooms had their own gods. Dangsan god was not the only one guarding the village’s wellbeing, because in “Dangsanpuri,” the names of all the Dangsan gods that protected the village were called and people prayed to them to ward off evil spirits and give them good fortune. We wish all of our listeners happiness and good fortune on the Chuseok holiday. Let’s wrap up today’s Sounds of Korea with Jo Sang-yong singing “Dangsanpuri.”