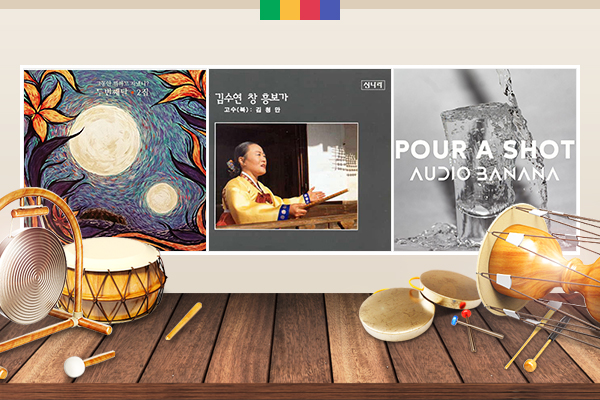 Not many people don’t like to eat, but the Korean people are known for their genuine fondness for eating. Among the many photos taken by foreigners at the end of the Joseon period, there was a photograph of a Korean man’s dinner table which featured a bowl the size of a person’s head piled high with cooked rice. Some may think this was an exception rather than a rule, but Koreans of the Joseon era admitted that they ate more than other people. Lee Geuk-don이극돈, a politician from the early Joseon period, once said that Koreans eat at one sitting just as much as the Chinese eat over an entire day. Neo-Confucian scholar Lee Ik from the early eighteenth century said that wealthy households would eat as many as seven times a day. Even today, Koreans would say “Let’s have a meal” or “Have you eaten?” as greetings.

It is natural for people to give good food to those they love. There are lines from pansori Chunhyangga춘향가 which describe all the rare treats Lee Mong-ryong이몽룡 would like to give Chunhyang. He would slice the top off a watermelon and pour white honey from Gangneung강릉 and give only the sweetened red morsels removed of seeds. Then he would give tangerine bits steeped in honey and other delectable candies. Given that Chunhyang refused all these offers, however, their love must have been much sweeter. Lee Bong-geun sings “Love Song” from pansori Chunhyangga with Second Moon providing accompaniment.

It is customary to provide the best food possible for someone special. But sometimes one cooks up good food even for someone you hate. There is such a scene in pansori Heungboga. Heungbo’s wife serves a meal to Nolbo, who visits them after hearing that Heungbo has become rich. She couldn’t have forgotten that Nolbo had kicked her family out in the middle of winter to wander in the cold with her young children. Heungbo had to make money by volunteering to get whipped in place of someone else. It is understandable that Heungbo’s wife came to resent Nolbo. But now their situations have changed. To show that she is not someone he could disrespect anymore, Heungbo’s wife took out the best of her dishes and whipped up all sorts of delicious food, like assorted ddeok, seasoned ginseng and different cuts of beef. She also cooked chicken stew and pheasant soup on copper braziers and white charcoal. There was no finer meal for someone so detestable. Here’s Kim Su-yeon singing this passage from Heungboga.

The last sound you heard was a piece of marinated beef being grilled on a cast iron pan. Just the sound of it invokes an image of delicious meat cooked to perfection. Next up is a song about drinking by oneself. It is entitled “Pour Me a Drink,” a new rendition of a fast-paced Gyeonggi folksong. The song starts with “Pour me a drink, pour me another drink. Pour until the cup runs over.” Just hearing those lines seems to make one drunk. The lyrics describe all the anju안주 dishes made for drinking. A table made of glass is packed with delicious anju, but the bottle is already almost gone, and the wine cup stands empty. The singer claims that Chinese poet Li Taibai, known to be a great wine lover, had visited to consume most of the wine and food. But the truth is more likely that the singer finished them off. Anyway, the song ends with the singer deciding to take the leftover wine and food to enjoy the shimmering moonlight. The song would be a perfect one for alcohol lovers. Let’s listen to Audio Banana singing “Pour Me a Drink.”

Pour Me a Drink/ Sung by Audio Banana