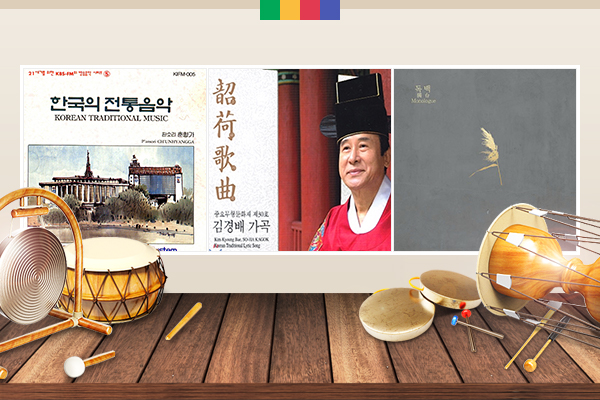 There once was an esteemed Chinese poet named Su Shi, who were counted among the eight greatest literati from the Tang and Song Dynasties. His father and younger brother were also included in the honored list. It is often the case for extremely talented yet overly upright person to suffer and be persecuted upon entering politics. It wasn’t surprising, therefore, that So Shi also spent most of his life in exile. One day during his banishment, So Shi’s friend came for a visit. It was around July fifteenth by the lunar calendar, cool during day and bright with moonlight at night. Su Shi and his friend went boating on the Jeokbyeok적벽 River nearby to enjoy the refreshing breezes and the calming sound of the waves. Inspired by the tranquil surroundings, So Shi wrote a poem entitled “Jeokbyeokbu적벽부,” part of which goes, “The river flows endlessly but it never goes dry. The moon waxes and wanes but it never goes away. Everything in the world moves and changes but exists infinitely. So there is nothing for us to envy.” Let’s remember these passages as we listen to “Jeokbyeokbu” sung by Ahn Sook-sun.

Tomorrow is chubun추분, the autumn equinox. We’re right in the middle of autumn, a perfect season for boating. Many Korean poems sing the joy of boating and “Hansongjeong한송정” is one such poem. Hansongjeong is the name of a gazebo located near Gyeongpodae경포대 in Gangneung강릉, Gangwon-do Province. The sights around the gazebo were so beautiful that even hwarang화랑, young elites of ancient Silla Kingdom, came all the way here to enjoy the scenery. The poem “Hansongjeong” sings about cutting down a pine tree near the gazebo and making a boat out of it. Although the boat is not that big, it has to be loaded with many different supplies. Wine and anju are a given. Musical instruments like geomungo, gayageum, haegeum, daegeum, piri and bipa as well as the musicians to play those instruments had to board the boat. Also included in the cargo were pipes for smoking tobacco, flints for making fire, and luxury tobacco cases. To top it off, female cooks and entertainers were loaded onto the boat. All these goods and people traveled all over the famous sights in Gangwon-do Province and enjoyed the scenery and recreation. This song written exclusively for male singers starts off on high notes, resembling the high-pitched voices of drunken men. Here’s Kim Gyeong-bae singing male gagok “Hansongjeong.”

Korean Confucian scholars called ‘seonbi선비’ enjoyed boating in spring and fall, but what they most wanted to do after retiring was to become a fisherman. Their idea of perfect retirement was to live a peaceful life in harmony with nature. Joseon-era philosopher and politician Yun Seon-do윤선도, who had spent most of his life in exile, suddenly decided to go live in Jejudo Island at the age of 65. Back then, Jejudo Island was considered the end of the world, where prisoners convicted of treason or other heinous crimes were sent to repent their sins and eventually to perish. So, people thought it extraordinary that Yun Seon-do volunteered to go live there. On his way there, he met a storm and had to stop at an island called Bogildo보길도. It was so picturesque and charming that he gave up on Jejudo Island and decided to settle at Bogildo Island instead. The poem he wrote there was the famous “Eobusasisa어부사시사,” a fisherman’s song of four seasons. Each season is comprised of ten poems, which are simple yet lovely, making them Yun’s most well-known work. Today, we’ll hear Kim Nari’s rendition of the summer part of “Eobusasisa.”