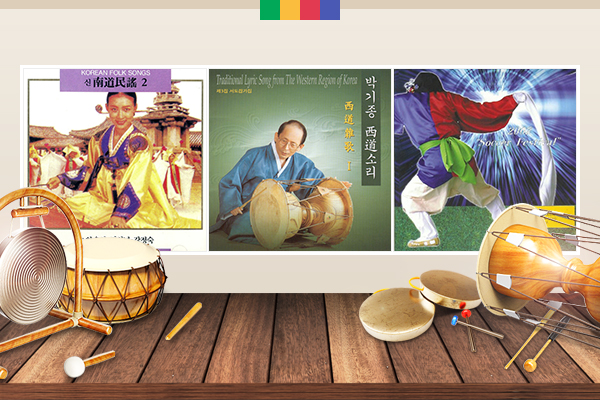 Mount Geumgang금강 was touted as Korea’s most scenic places for many centuries. It was so beautiful that the mountain had a different name for each season of the year. Geumgang is the mountain’s name in spring. The springtime moniker was given to illustrate the vibrant and sparkling beauty of new spring leaves and colorful flowers that bloom all over the mountain. In summer, the mountain is called Bongraesan봉래산, one of the places where divine beings are said to dwell. Bongrae means mugwort and goosefoot plants, which are found in abundance in the mountain, turning the area lush and aromatic enough for godly beings to reside. Its autumn name is Pungaksan풍악산 with the letter “pung” meaning the maple tree. Maple trees are found in most mountains in Korea, their leaves turning flaming red and golden yellow in autumn to the delight of anyone living near a mountain. In winter, it was called Gaegolsan개골산, meaning bare bones, probably describing the leafless trees and naked rocks laid bare like the skeletal remains of a mountain ridge. But imagine how beautiful and pristine it would look when all this is covered in white snow. Today’s first piece is a folk song from the southern region titled “Geumgangsan Taryeong” sung by Ahn Sook-sun.

Just as Geumgangsan Mountain has many names, so does autumn. The season’s abundance gave rise to a proverb “The sky is high and the horse grows fat.” Surprisingly, this proverb was made originally to warn the Chinese against the invading nomads from the north. In ancient China, farming tribes harvested in the autumn while the northern nomads had nothing to reap. With cold winter coming soon, the nomads riding their sturdy horses attacked the farmers in the south to steal their crops. Autumn is also called the reading season. With the weather being neither hot nor cold, autumn is the perfect time to read books. At the same time, however, the weather is too nice just to stay inside and read. So, people usually go out to enjoy the colorful fall leaves. This is why autumn is called the traveling season these days. It’s become a common sight to see expressways jampacked with cars heading to scenic spots on weekends. Next up is a piece titled “Giseongpalgyeong기성팔경,” which means the eight scenic sights of Pyongyang. Those sights are the spring scenery viewed from Eulmildae을밀대 tower, the moon seen from Bubyeokru부벽루 gazebo, Buddhist monks visiting Yeongmyeongsa영명사 Temple at dusk, the sound of raindrops falling on Aeryeongdang애령당 hall, seeing a guest off at the Botonggang보통강 River, the green trees of Yongaksan용악산 Mountain in late fall, boating on the Daedonggang대동강 River, and Matan마탄 rapids roaring with icy cold water. Let’s hope that South Koreans get to see these marvelous sights someday. Here’s Park Ki-jong singing “Giseongpalgyeong.”

Joseon-era scholar Jeong Cheol정철 is counted among the master of gasa가사 literature. Gasa was a form of poetry that was popular among noblewomen. Similar to sijo, another discipline of poetry, gasa poems were usually put to different melodies and sung. Known to have perfected the form, Jeong Cheol left behind “Gwandongbyeolgok관동별곡” as one of his most iconic works. Gwandong, the area east of Daegwallyeong대관령 mountain pass, was where Jeong Cheol served as governor. The poem “Gwandongbyeolgok” was written to record his impressions of celebrated scenic spots in the area. The poem began with him thanking the king for appointing him as governor of the beautiful Gwandong region. It was then followed by the detailed descriptions of Geumgangsan Mountain and eight other famous sceneries. This was probably why female entertainers of Gangwon-do Province loved to sing this poem. Today’s Sounds of Korea will conclude with gayageum virtuoso Kim Hae-sook performing “New Gwandongbyeolgok.”