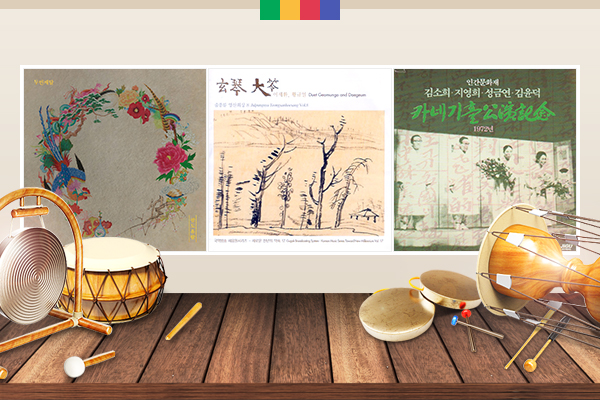 Gyeongbokgung 경복궁Palace in Seoul is one of the must-see tourist destinations in Korea. Visitors can dress up in traditional Korean costume hanbok while walking through various buildings and gardens exuding the majesty and elegance of the Joseon monarchy. The changing-of-the-guards ceremony taking place at the main palace gate is carried out in accordance with the procedure documented in the Annals of the Joseon Dynasty. It is one of the favorite events for all visitors, both local and foreign. Gyeongbok-gung Palace was built after the kingdom of Joseon was founded in 1392. However, the Joseon Dynasty’s primary palace was burned down during the Japanese invasion of Korea in 1592 and abandoned for roughly two centuries before Prince Regent Heungseon흥선, King Gojong’s father, rebuilt the palace again in the late Joseon Dynasty to revive the royal court’s dignity. Countless people from all across the country were recruited to build the palace, giving rise to a folk song entitled “Gyeongbokgung Taryeong경복궁타령.” One of the lines from the song goes, “We began building Gyeongbokgung in April 1865.” April is the busiest month for farmers when they have to plant rice seedlings. It must have been exhausting and lonely for those workers, mostly farmers, to leave their homes and families behind and come to Hanyang to build a palace for the royal family. This is why “Gyeongbokgung Taryeong” appears to be celebrating the palace reconstruction but in actuality it is filled with ordinary people’s resentment toward the royals. Let’s listen to Chae Su-hyeon singing “Gyeongbokgung Taryeong” to the accompaniment of instrumental ensemble Second Moon.

Taryeong is a term referring to traditional songs, mostly folk songs. If you’ve been listening to Sounds of Korea for some time, you probably would have heard several songs with the word taryeong in them, such as “Saetaryeong새타령” or “Gakseori Taryeong각설이타령.” Taryeong songs are characterized by a variety of narratives sung under a single topic. There are a few instrumental pieces with taryeong in their titles as well, like “Taryeong” in “Yeongsanhoesang영산회상” or “Giltaryeong길타령” in “Chwitapungryu취타풍류.” In such pieces taryeong refers to music played to taryeong jangdan장단, which is a rhythmic structure comprised of twelve beats. Taryeong jangdan is featured in songs that are light, cheerful and easy. Here’s geomungo virtuoso Lee Se-hwan performing “Taryeong” from “Yeonsanhoesang.”

The word taryeong has another meaning besides a song. When used in the context of disapproval or nagging, like “You’re always singing the same taryeong” or “My mom always does study taryeong,” the term taryeong indicates a condition that stays the same or a repetitive saying. It generally wears thin to hear the same thing said over and over again, but there seems to be one exception – dontaryeong돈타령, meaning money song. In pansori Heungboga흥보가, the poor Heungbo becomes rich when the swallow he had treated returns with a magical gourd seed that produces big gourds filled with money and rice. Miraculously, the gourds keep filling up as much as they take out. Overjoyed to see a mountain of riches, Heungbo and his wife sing “Dontaryeong” to express their delight. This is the last song for this week’s Sounds of Korea. Kim So-hee sings the passages from pansori “Heungboga” where Heungbo saws open the gourds to find the money and rice and sings “Dontaryeong.”